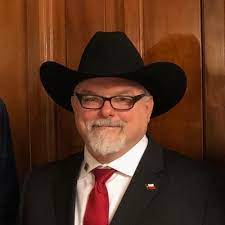 Five years ago, South Texas was traumatized by another mass shooting. A gunman killed 26 people inside the First Baptist Church in Sutherland Springs.

A local man named Stephen Willeford became a hero that day when he wounded the shooter outside the church. Now Willeford is a leading voice for gun owner rights as a spokesman for Gun Owners of America.

Willeford says lawmakers considering changes because of the school shooting in Uvalde shouldn’t target AR-15’s and other rifles.

Stephen Willeford heard the gunfire from inside the church that day, ran the short distance from his house, and exchanged gunfire with the shooter, hitting him six times.

Willeford argues he needed his AR-15 to take on the Sutherland Springs shooter, who was armed with a similar rifle. After Willeford shot him, the gunman drove away from the scene and took his own life.

“I confronted a shooter with class three body armor and a ballistic bullet proof helmet. Had I run across the street with a pistol I would have been under armed and in trouble,” Willeford said…