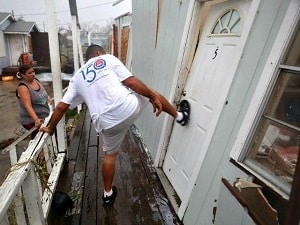 On Friday a suspect was shot in the head by a Corpus Christi homeowner after allegedly invading a home as hurricane Harvey made landfall.

The incident occurred around 11 p.m.

The suspect was taken to Christus Spohn Hospital Shoreline. USA Today reports police did not release the age or identity of the suspect, but did report that the he was coherent when they arrived on scene.

“No other major incidents were reported Friday night” as Harvey made landfall.

The Sound and the Fury