Rep. Louie Gohmert is Defending Your 2A Rights

Louie Gohmert Stands Up to the Leadership Bullies in Washington

Please click on the Take Action button and let Rep. Louie Gohmert know that you are grateful he is standing up to House leaders who are trying to kill Constitutional Carry reciprocity.

But last week, your congressman, Louie Gohmert, stood up to the GOP leadership.  He stood up to their efforts to intimidate him into abandoning support for the Second Amendment. 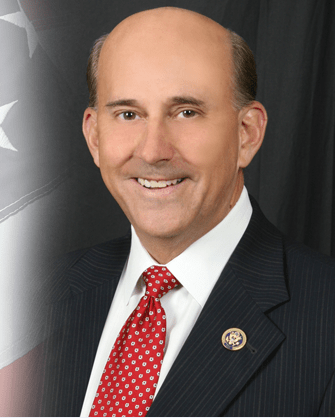 Let Rep. Gohmert Know He Has Your Support!

When House leaders tried to intimidate Rep. Gohmert into giving in to the RINO’s demands, he stood up for principle.  He refused to buckle.

Rep. Gohmert is a cosponsor of a STRONG concealed carry reciprocity bill (H.R. 923).

And he has made it clear to the leadership that he will continue to push a pro-gun amendment introduced by Rep. Steve King which is based upon the strong language in H.R. 923.

Rep. Gohmert said that he is committed to improving the weaker bill (H.R. 986), as he wants to ensure that any reciprocity legislation that passes is friendly to Constitutional Carry states as well.

But the pressure on Congressman Gohmert to capitulate is unimaginable.  And he needs to hear that law-abiding gun owners like you are standing with him.

(1)  Thank Rep. Louie Gohmert for his cosponsorship of H.R. 923, and for his willingness to stand up for gun owners and against the Republican leadership.

(2)  Tell him that you stand behind his efforts to fight for the Steve King amendment protecting Constitutional Carry states.

You can click here to send Rep. Gohmert an email thanking him for the above items.