Bill to Nullify Federal Gun Control Going to the Governor! 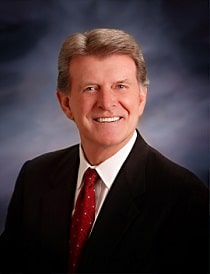 The bill to nullify federal gun control laws, that we alerted you to recently, has unanimously passed the Idaho State House.

If Governor Butch Otter (R) signs S.B. 1332 into law, Idaho officials would be barred from enforcing federal gun control laws; and the bill would penalize the officers who gave such orders.

We are on the verge of victory.  So please contact Gov. Otter right away and encourage him to sign this bill!

ACTION: Contact Gov. Butch Otter and urge him to sign Senate Bill 1332 into law.  You can click here to cut-n-paste the message below into the Governor’s webform.

I stand with Gun Owners of America in support of S.B. 1332, the “Idaho Federal Firearm, Magazine and Register Ban Enforcement Act.”

This bill passed both chambers unanimously, and so I hope you will lend it your support, as well.

The provisions of S.B. 1332 are simple and easy to understand:  Idaho officials would be barred from enforcing federal gun control laws — and would be penalized for giving such orders.

Whatever the intent of the federal 1968 Gun Control Act, it has become a monstrosity. It has been used to strip more than 150,000 veterans of their constitutional rights without due process.

And Gun Owners of America has reported that the ATF is now using annual inspections to Xerox 4473’s and compile a national gun registry.  See the following examples on GOA’s website:

The Obama administration is now setting the stage for using medical information to strip tens of millions of Americans of their constitutional rights — again, with no due process.  This includes individuals with ADHD and PTSD — plus those with common anxiety disorders or Alzheimer’s.  And while no one has been able to identify any “danger of gun violence” posed by people with Alzheimer’s, many of them do have very large and valuable gun collections which they would like to pass on to their children.

But S.B. 1332, as a nullification bill, would prevent state officers from carrying out federal gun control regulations — or from confiscating firearms from law-abiding citizens.

Guns Would “Soon be Everywhere” Under Bill to be Voted on by the GA Senate — Contact your state senator immediately!