We have been provided a copy of what, we are told, is your most recent draft of S.B. 244.

Upon first glance, it appears to have dropped any immediate requirements for submission of the names of law-abiding Granite Staters to the NICS system.  As far as it goes, this is a good thing. 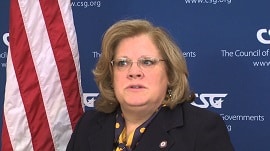 It would have sent a particularly bad signal to New Hampshire gun owners for the Republican Senate to push gun control legislation during the same week that gun control was stopped in the House.

That said, our staff has first-hand experience with the horrific problems with New Hampshire’s guardianship system.  And we don’t sense, from the Senate draft, that senators appreciate those problems.

First, despite any statutory guarantees, as a practical matter, guardians are appointed in ex parte “star chamber” proceedings, lacking in all due process for the subject and his family, with people deemed to have waived all of their rights, despite their supposed incompetence to do so.  We assume the involuntary commitment procedures are not any different.  If you need a current example of these abuses, please see this article in the Union Leader.

Second, whatever procedures you purport to create in your bill, the cost of legal services (and psychiatric evaluations) will effectively put them beyond the reach of virtually everyone involved.  We can say from experience that, in 1998, that cost was $5,000.  Now, it is over $10,000.  If you want to create a remedy which is more than a sham, the state should pay all legal fees and psychiatric evaluations.

Third, our experience is that many of the victims of guardianship procedures are people who have Alzheimer’s or are incapacitated when they arrive at a hospital.  We know of no evidence that Alzheimer’s patients somehow present a danger of violent crime.  And yet many seniors have large and valuable gun collections which they would like to pass on to their children.

Fourth, your procedure seems to place the restoration of gun rights in tandem with the restoration of other rights.  People with Alzheimer’s may not regain competence to manage their own affairs. Yet, their ability to retain their guns and pass them on to their children, without having them seized by police, is an important aspect of their Second Amendment rights.

Fifth, given that Adam Lanza stole his guns, and Jared Loughner and James Holmes passed background checks, you seem to be moving toward a solution which does not address the problem.  Sure, after the fact, friends commented that all three of those mass murderers did things which could be characterized as “acting funny.”  But you can’t take away people’s constitutional rights because they “act funny.”  We do have a Constitution, and, as a matter of due process, it requires articulable standards before you take away people’s constitutional rights.

In sum, we would ask whether the general thrust of S.B. 244 could conceivably address the problem which supposedly motivates you.

Or is it, instead, just an effort in flailing away in order to say that you “did something”?