— Time to step up and support Ken Cuccinelli for governor
The race for Governor is coming down to the wire.
Whoever wins this race will probably spend the next several years representing the state of Virginia in elected politics.
Why?  Well as you probably know, governors in the Old Dominion are limited to ONE TERM — and this is why most of Virginia’s recent governors have ended up in the U.S. Senate. 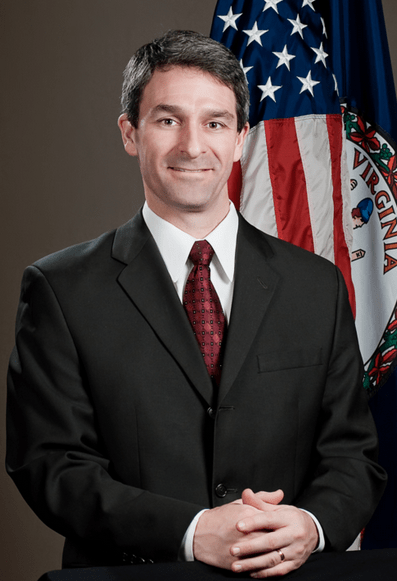 For this reason (among others) the results of the Virginia Governor’s race next month should really concern you.  In fact, it should concern you enough to consider doing EVERYTHING YOU CAN TO help Ken Cuccinelli win his race for governor.
Go here to volunteer and help Ken defeat a strident anti-gunner. (Inactive link)
There couldn’t be a more stark difference between the two leading choices in this November’s governor race.
As we told you in previous alerts, Ken Cuccinelli has developed a long history of fighting for our gun rights.
He has been one of the premier leaders in this state who has pushed for the right to carry concealed … pushed to repeal gun bans … pushed to keep gun owners’ information private, and much more.
You can contribute to Ken’s campaign by going here. (Inactive link)
But Ken is opposed by Democrat Terry McAuliffe — the former chairman of the Democratic National Committee … the former co-chairman of President Bill Clinton’s 1996 re-election campaign … and the former chairman of Hillary Clinton’s 2008 presidential campaign.
McAuliffe is a liberal’s liberal.  He is a far-Left gun-grabber who will be disastrous for this state if he is elevated to higher office.
And right now, this raging anti-gunner has a slight lead in the polls.
Amongst his many problematic views, McAuliffe:
* Wants to ban the private sales of firearms unless gun owners first go through a government background registration check.1
* Wants to shut down Internet “mail order” sales of firearms (and presumably, the advertisements for those firearms as well).2
* Wants to ban semi-automatic firearms he mistakenly calls “assault weapons.”3
* Wants to impose magazine size limits.4
* Wants to impose a one-gun-a-month limitation on every gun owner5,  and much more.
McAuliffe has even sought support (and money!) from anti-gun mogel Michael Bloomberg, the founder of Mayors Against Illegal Guns.6 Yes, the same Michael Bloomberg who wants the whole nation to have gun laws just like New York.
And despite the ouster of two liberal anti-gunners in the Colorado recall effort last month, McAuliffe said he wants to impose Colorado-style gun control upon the people of this country.7
This is not a politician you EVER want to see in the Governor’s Mansion — certainly not one representing the state of Virginia at the federal level.
It’s time to end Terry McAuliffe’s career right now.  It’s time to keep him from getting elected to any office above dog catcher in this state.
So please consider helping Ken Cuccinelli defeat an aggressive, progressive anti-gun liberal who wants to impose his anti-gun views on the rest of the nation.
Gun Owners of America has proudly endorsed Ken Cuccinelli for governor.
If you plan to give, please do so right away.  Ken needs to know that he has the resources to answer the scurrilous attacks that McAuliffe is just beginning to launch against this champion of liberty.
Finally, please make sure that you and your pro-gun family and friends are registered to vote.  Get an absentee ballot if you won’t be in town on the first Tuesday in November.
And then, above all, vote on November 5.
Thank you for your support of this pro-gun champion of liberty!
Sincerely,
Tim Macy
Vice-Chairman