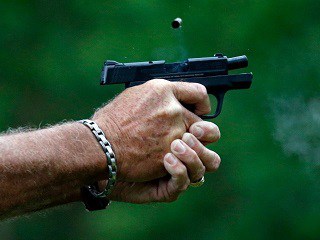 The incident occurred around 4 a.m. Friday.

According to the Associate Press, the invasion suspect died before Bannock County deputies arrived on scene. The Idaho State Journal identified the suspect as 34-year-old Joseph Lloyd.

The sheriff’s office reports that Lloyd was shot while allegedly “forcing his way through the door of the residence,” and has ordered an autopsy to determine how many times Lloyd was shot.

Lloyd had a criminal record and was released from the Bannock County jail approximately two weeks before his death.

Urge Your Congressman to Protect Your Hearing!