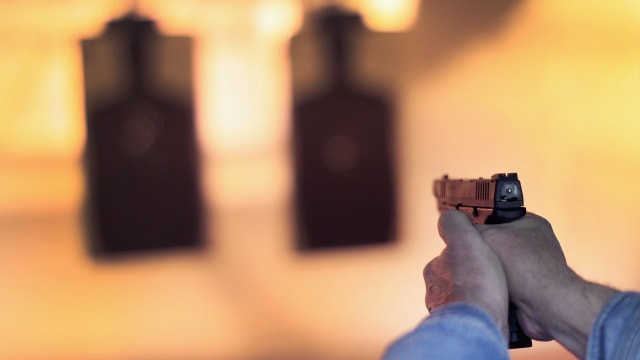 PHILADELPHIA (CBS)–Shaneen Allen, a Pennsylvania resident with a concealed carry permit who was arrested in New Jersey in 2013 for unlawful possession of a firearm, sparking outrage in the gun rights community before being granted a pardon by Governor Chris Christie, has endorsed and a bill in Congress called the Concealed Carry Reciprocity Act of 2017, telling Rich Zeoli on Talk Radio 1210 WPHT that, if enacted, the law would prevent others from repeating the ordeal she had to go through.

“The bill would give people like me the right to go from state the state with their license, as they should’ve before I got arrested. So, you could conceal carry to go from state to state, without being arrested and going to jail, like I did for 48 days.”

Allen’s lawyer, Michelle Christian, explained that the gun laws of where you reside would travel with you across state lines.

“The state law where you reside would govern. So, her Pennsylvania license that she had when she was traveling into New Jersey would’ve been enough. She would’ve shown her license. She complied with state law in Pennsylvania. There is federal reciprocity, no problem, you go on your way.”

Christian also stated that South Jersey Congressman Tom MacArthur has been one of the strongest local advocates for this bill and is already signed on as a co-sponsor.