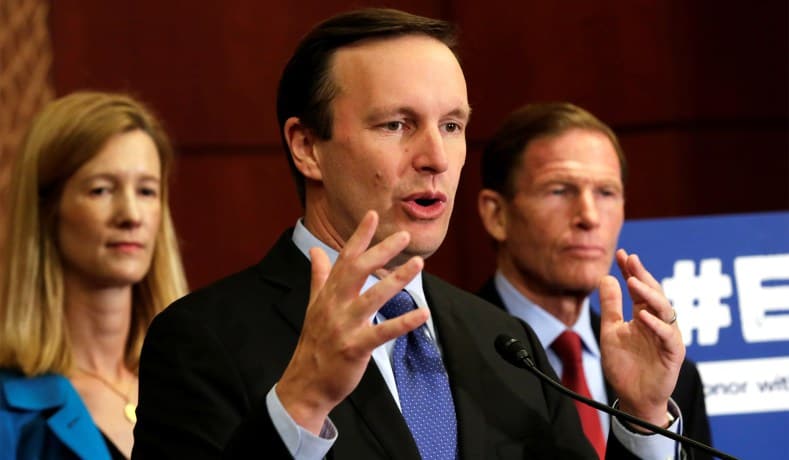 Let’s call it like it is: the horrifying inaction of Congress, slaughter after slaughter, has become a green light to would-be shooters, who pervert silence into endorsement.

This is pretty strong stuff. And yet I’m left unclear as to what exactly Murphy is talking about. As the New York Times has confirmed, the shooter in Texas used a shotgun and a .38-caliber revolver — and nothing else besides. Moreover, because he was 17-years-old, he was ineligible to purchase a gun either privately or commercially, and thus had no contact with NICS background-check system that Murphy wants to expand. What, precisely, did “Congress” fail to do here? What perverted signal did it send? What “endorsement” did it provide?

If his public statements are to be believed, Senator Murphy does not want to ban shotguns or .38-caliber revolvers, which is why he has made no effort to convince Congress to do so. Per Murphy’s website, the senator favors “universal background checks, cracking down on straw purchasers and illegal weapon sales, and limiting access to high-capacity magazines and military-style assault weapons.” In addition, he hopes to secure “legislation to close loopholes in our background check system; to make it illegal for those on the FBI terror watch list to buy a gun; to end the ban on gun violence research at the Center for Disease Control; to encourage licensing requirements for handgun purchases; and to help keep guns out of the hands of domestic abusers.” None of these provisions intersect with today’s incident. Which means that if, as Murphy claims, Congress is to blame for not having taken steps to stop what happened today, then Senator Murphy is, too. He cannot have it both ways. If today’s murders were the result of congressional inaction on shotguns and revolvers — if, to borrow his unlovely phrase, a “green light” was shown to the killer — then he must share in the responsibility. And if he isn’t responsible, then nor is anybody else.