Suppressors are restricted under the National Firearms Act of 1934 here in the United States, but in some other nations, they’re considered mandatory equipment for gun owners. It’s considered rude to shoot without a suppressor. 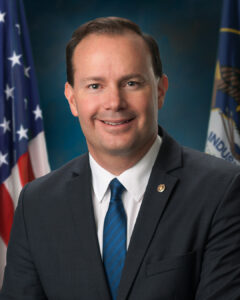 Meanwhile, our government treats them like anyone who wants one belongs on a watchlist.

However, a bill has been introduced that would change that.

While President Joe Biden and congressional Democrats look for ways to tighten federal gun laws in the wake of several mass shootings across the country, a group of Republicans, led by Utah Sen. Mike Lee, wants to undo regulations on an accessory known as a silencer.

Lee said the steps needed to buy a silencer or suppressor amount to gun control.

“The current, oppressive process required to buy silencers only hurts the eardrums of millions of hunters, sportsmen and marksmen each year, and serves to provide surreptitious gun control,” he said in a statement.

Lee said his bill, the Silencers Helping Us Save Hearing Act, would eliminate the “onerous” regulation to make a legal sport safer for millions of Americans. Sens. Ted Cruz, of Texas, and John Cornyn, of Texas, are co-sponsoring the legislation, and Rep. Bob Good, R-Va., introduced a companion bill in the House.

Proponents of the bill and similar measures claim deregulating silencers is a health issue.

“Streamlining the burdensome process for obtaining a suppressor is important to protect the hearing of hunters and sportsmen across America,” Cruz said.

The bill already has support from at least one pro-gun group.

In a press release, the Gun Owners of America offered their support:

Gun Owners of America applauds the introduction of this legislation. The SHUSH Act would not only remove suppressors from the federal regulations of the National Firearms Act, but also treat suppressors as any other firearm accessory – free from the infringing background check process. This bill will not only benefit hunters and sport shooters, but also take much needed steps for gun owners to restore the rights protected by the Second Amendment. GOA appreciates Senator Lee and Representative Good for leading on this issue.

The bill can be read here, and additional information about the legislation can be found here.

Frankly, there’s not much to dislike about the bill, except for the fact that it’s still needed…