Self-Defense Versus the Endangered Species Act

The day before Halloween this year, two Montana hunters had the kind of scare that makes the hairs on the back of your neck stand up.

When Mark Appleby and Raymond Pitman went to retrieve an elk that was shot near the Hungry Horse Reservoir, they found themselves and their horses surrounded by six to eight wolves.

“They were in a frenzy,” Appleby said of the wolves. “They were howling. It was eerie.”  Thankfully, the men were armed and escaped with their lives and their horses.Gray Wolf

According to Appleby, “Raymond’s pistol saved our lives. It was very ugly.” 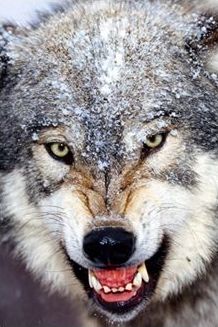 End result: one dead wolf and two shaken but unharmed hunters. Except, that was not the end of the story.

Turns out that Appleby and Pitman tussled not just with angry wolves, but also with the Endangered Species Act (ESA)–a law that gives the wolves extraordinary protections courtesy of the federal government.

President George W. Bush battled environmentalists for years over the ESA, and especially regarding delisting the gray wolf in Montana and other Rocky Mountain states.

After several attempts were blocked by federal judges, just before he left the White House President Bush finally removed the gray wolf from the ESA in every state expect Wyoming. Republican Governor Butch Otter of Idaho and Montana’s Democrat Governor Brian Schweitzer praised the move to state control over wildlife management.

But one federal judge took it upon himself to play wildlife manager. U.S. District Court Judge Donald Molloy of Montana this August reversed the Bush decision. The ruling to relist the wolves was enforced with the publication of a Fish and Wildlife Service rule less than a week before the incident with Appleby and Pitman.

The ruling evoked outrage from elected officials who represent actual voters. Gov. Otter recently withdrew the state from gray wolf management in frustration over an inability of the federal government to come to an agreement on the issue, although the state had been paying a large portion of the costs.

And in Congress, Rep. Rob Bishop (R-UT), Chairman of the Congressional Western Caucus, is working with other members on legislative remedies to again remove the gray wolf from the ESA.

“In most instances, state and local officials are better situated and more capable of managing and preserving wildlife than the federal government,” Bishop said.

For decades, environmental and animal rights extremists have pushed for forced reintroduction of the gray wolf. This has caused loss of livestock for ranchers, jeopardizes the viability of the elk and other wildlife in some areas, and, although still rare, is an increasing threat to humans.

All gun owners, sportsmen, parents, grandparents—anyone concerned about the damage done by forced protection and introduction of the gray wolf—should make sure their elected officials at the federal, state and local level understand the importance of this issue.

The most radical animal rights activists view the loss of human life as not all that different than the loss of an animal. One such radical, Cass Sunstein, was confirmed by the U.S. Senate as President Obama’s “regulatory czar” and thinks hunting should be banned and that animals should have some of the same rights as humans in court.

Unfortunately, many Senators who claim to support the cause of sportsmen, such as Montana’s Senators John Tester and Max Baucus, voted to for Sunstein. In fact, nearly twenty U.S. Senators who are members of the Congressional Sportsmen Caucus voted for Sunstein.

With gray wolves now officially back on the ESA list, people who shoot a wolf in self-defense may have to justify their actions in court. Depending on the outcome of an investigation by federal wildlife officials, this could be the fate of Appleby and Philips.

“Obviously, a claim of self-defense is more believable if an animal is shot in the chest rather than in its rump,” said Jim Satterfield, regional supervisor for Montana Fish, Wildlife and Parks. “But it’s going to be up to the (U.S. Fish and Wildlife Service) to determine if the shooting was justified.”

John Velleco is Director of Federal Affairs for Gun Owners of America, a grassroots lobbying organization with over 300,000 members nationwide.  John can be reached at [email protected].

Righting “wrongs” based on wrong interpretations of “rights”