New Hampshire could soon become one of the most pro-gun states in the country – a sanctuary where the Constitution is paramount and Americans don’t need the government’s permission to exercise their God-given rights. 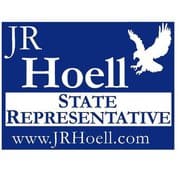 The bill is House Bill 536, sponsored by Representative J. R. Hoell, and it has already passed the House.  The issue is “constitutional carry” – a concept which recognizes that Americans have the Second Amendment right to carry firearms without getting the government’s permission.

Granite Staters would still be able to get a concealed carry license – for the purpose of thwarting the Brady Law and unsafe school zones, and securing reciprocity with other states.

But the constitutional right of Granite Staters to carry concealed would not be conditioned on that license.

In addition, House Bill 536 would make a few additional improvements in firearms law, including extending the term to five years and explicitly prohibiting law enforcement from demanding more information than is required by this bill.

Too often, New Hampshire pro-gun groups have quibbled among themselves.  But House Bill 536 now has broad support among pro-gun advocates in New Hampshire.  Gun Owners of New Hampshire states:  “[W]e have to start somewhere, so you should ask your reps to support this bill also.”

But we share with GONH the conviction that House Bill 536 CANNOT BE ALLOWED TO BE WEAKENED, notwithstanding apparent efforts to weaken it by one national pro-gun group.

ACTION:  Contact your senator.  Ask them to support House Bill 536, and to resist efforts to further water it down.

To identify your state senator and obtain contact info for them, see http://www.gencourt.state.nh.us/senate/members/wml.aspx on the legislature’s website.  Feel free to cut and paste this alert into an email to your senator.

Unlike the government, GOA isn’t able to just print money.  You can support the ongoing efforts of Gun Owners by clicking here.