A man in a Chicago suburb was arrested by local police after killing his own mother by stabbing her repeatedly with a samurai sword in the chest. 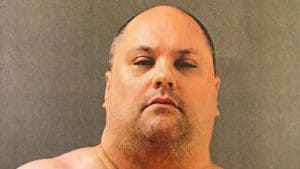 The man was mentally ill and had a long history with social workers and police for erratic behavior in the past.

David Krystyniak, 47, was arrested on July 29 after a police officer and social worker driving by his home saw groceries strewn on the driveway.

They approached his door and asked if they could come in — Krystyniak agreed.

They walked into the home and found the body of his mother, Judith Krystyniak, in a trash can in the living room.

Police reports indicated that the four guns were confiscated in 2017 and again in July of this year because David Krystyniak didn’t have a valid FOID card.

Now, not even two weeks after being disarmed by police, this mentally unwell man just found another weapon.

People who are a threat to themselves or others won’t be stopped by Red Flags.

The abuses of Red Flag laws aside, they simply don’t accomplish what proponents claim they will.

If somebody is determined to hurt themselves or somebody else, they will just steal somebody else’s gun or find an alternative weapon to use…

Get more details at The Chicago Tribune