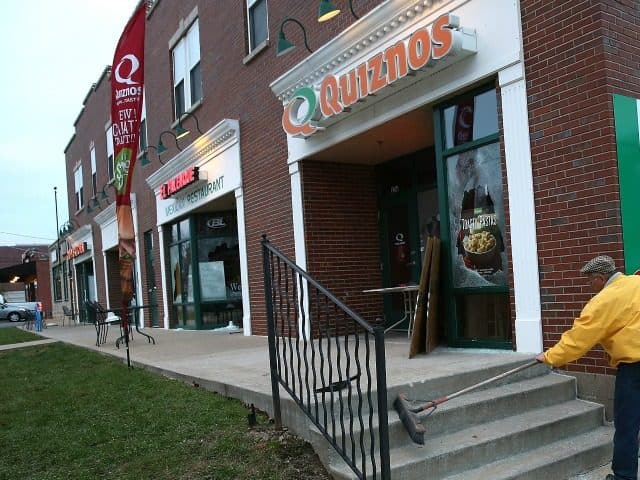 Salt Lake City police say a female Quiznos employee shot a robbery suspect in the neck on Tuesday, causing the suspect’s accomplices to flee the scene.

The incident occurred Tuesday around 6 p.m.

According to the Salt Lake Tribune, police said the suspects were attempting  a “take-over style” robbery. There were two Quiznos employees on duty when the three suspects entered, locked the door behind them and “produced two handguns.” One suspect rushed the register while the other two rushed toward the rear of the store. The female employee at the rear of the store leaned against the office door, trying to keep the suspects out. And when they managed to push the door open a bit, she put her own gun between the door-frame and the door and fired on them.