There have been a lot of gun-related stories in the news recently.  For example, a Clinton appointee yesterday upheld Maryland’s draconian gun law, ruling that AR-15s and AK-47 style firearms are not constitutionally protected because they are “dangerous and unusual.”

Ironically, this judge’s ruling comes at a time when residents in Ferguson, Missouri, are using AR-15s to keep looters from burning down their stores. 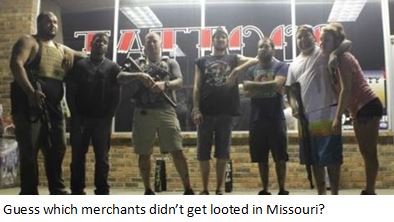 Another big story that the liberal media pounced on was the death of James Brady last week.

Brady was critically injured during the failed assassination attempt on President Reagan’s life in 1981.  Brady survived the attack and pressed for a background check law that now bears his name. 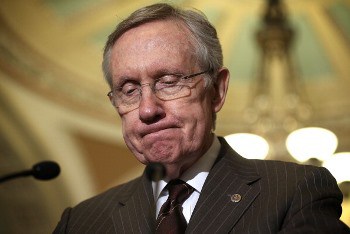 While the anti-gun Left claims these Brady background checks have been a success, recent Justice Department reports show otherwise.

As this graphic shows, only 13 bad guys were actually taken off the streets for illegally trying to buy guns in one year.

Nevertheless, Majority Leader Harry Reid and Senate Democrats want to expand background checks to include all gun buyers — a scheme that would help this administration to establish an illegal gun registry.

Before departing for their August recess, Senator Reid promised he would schedule an upcoming vote on universal background checks — perhaps in the early fall.

GOA will be watching the Senate closely and will alert you to any movement on this front.  Click here to sign up for GOA’s email alerts if you received this as a forward from someone else.

GOA recently alerted gun owners to this “universal registration” threat.  By now, GOA members should have already received this legislative update in their mailboxes.

If you have not received GOA’s legislative updates and newsletters via snail mail — or have stopped receiving them — then please go here to activate your GOA membership.

We are very grateful that you remain an email activist.  But it is also VITALLY IMPORTANT that we dump thousands of postcards on legislators’ desks.  That’s a very visual demonstration that helps legislators feel the ire of gun owners nationwide.

So again, if you are not getting these postcards with GOA’s legislative “snail mail” updates, then click here and join GOA for just $20 — less than it costs to buy a box of ammunition.