Written by Dean Weingarten Published: 08 May 2017 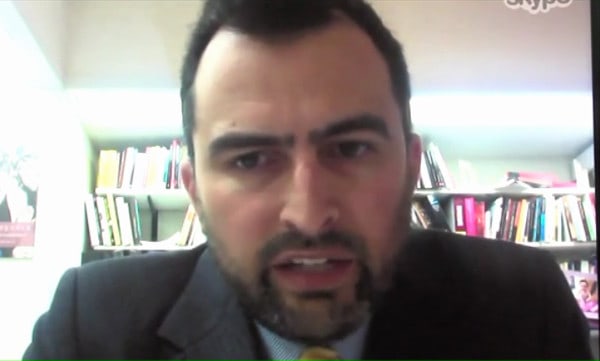 Jacob S. Dorman has let the world know that extending the exercise of Second Amendment rights to public institutions in the Sunflower state is the reason that he has left his position as an Associate Professor at the University of Kansas. The good professor explains his reasoning in a letter printed in the Topeka Capital-Journal.

In light of the state of Kansas’ apparent determination to allow the concealed carry of firearms in the classrooms of the University of Kansas, I am writing to tender my resignation effective two weeks from today as an associate professor of history and American studies at the university. I have accepted a job in a state that bans concealed carry in classrooms.

…Kansas will never secure the future that it deserves if it weakens its institutions of higher learning by driving off faculty members or applicants who feel as I do that there is no place for firearms in classrooms. Kansas can have great universities, or it can have concealed carry in classrooms, but it cannot have both.

Recruiting the best trained professors necessarily means recruiting from coastal areas and progressive college towns where most people do not believe that randomly arming untrained students is a proper exercise of the Second Amendment’s protection of a well-regulated militia.

It’s a strongly held opinion, backed by research provided by anti-Second Amendment groups such as The Trace, and in the anti-self defense medical journals. There are considerable numbers of research articles on the other side and in criminology journals that reach the opposite conclusions.

What I find particularly bizarre is the idea that Kansas won’t be able to recruit professors who aren’t afraid of an armed population. There is considerable evidence to the contrary. College campuses are chock full of ideological leftists, particularly in disciplines such as Professor Dorman’s specialty of History, liberals outnumber conservatives in academia by 33.5 to 1.

Why are History departments staffed with so many leftists? In part, it’s because the departments have created courses that are intrinsically leftist. Courses on the histories of gender, race, and class have leftward assumptions built into their definitions. And there’s no shortage of History majors with that bent clamoring for work in academia. You won’t find many conservative historians working in academia. They’ve been defined out of the picture.

Maybe, just maybe, allowing a little bit of freedom on campus — a slice of actually doing more than paying lip service to the Second Amendment — will improve the possibility of selecting faculty other than doctrinaire leftists. A tiny bit of intellectual diversity would certainly improve the KU campus.