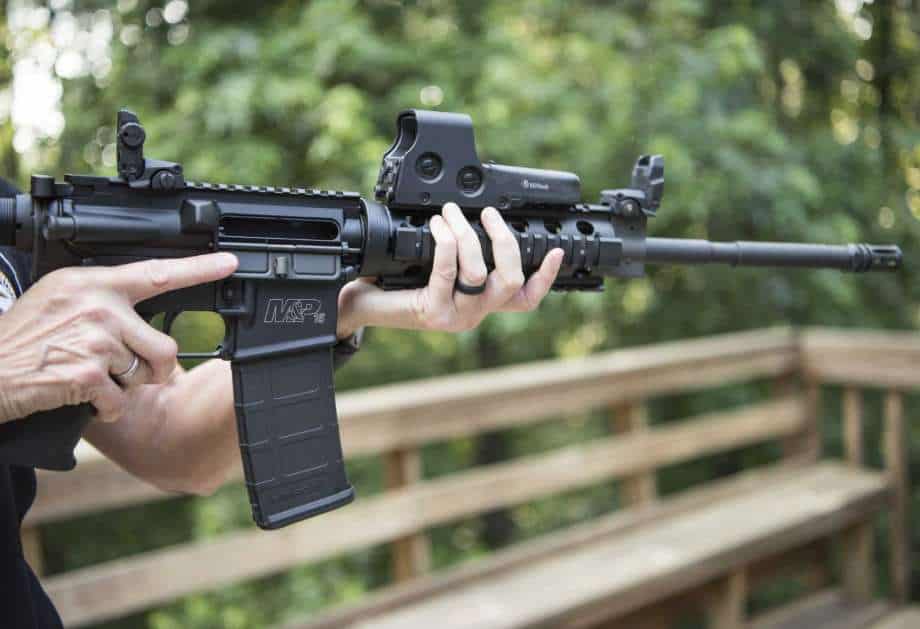 “We would like to see quicker action on these bills and we’re just now beginning to press the leadership to say now’s the time. Let’s not let this delay any longer,” said Erich Pratt, executive director of Gun Owners of America….

Gun rights advocates entered the Trump era with high hopes. After years of frustration they thought a gun-friendly president and Congress would advance their agenda. At the top of the list: a gun-owner’s ability to bring a legal weapon across any state lines, a policy known as reciprocity….

The year started off with promise for the gun industry when Congress almost immediately scrapped a rule created to deny people with some mental disorders from purchasing a firearm. On his first day in office, the new Interior secretary — who rode to work that day on horseback — lifted a ban on hunting with lead ammunition on federal park land.

Gun rights groups have other key items on their agenda. After reciprocity, a perennial favorite is a measure that would make it easier to buy suppressors, commonly referred to as silencers. Supporters argue it would not only lower noise from guns — especially long guns used by hunters — but also add a potential market as they see sales drop.

So what’s happened? Not much….

Reciprocity returned to the forefront almost immediately after the Alexandria shooting, with Kentucky Rep. Tom Massie introducing legislation that would specifically allow gun owners with valid permits to bring their weapons into the District of Columbia. That is in addition to the measures seeking national reciprocity that remain pending in the House and the Senate.

Starting the day of the shooting, advocates noted that gun-wielding Capitol police, who were at the field as security for Rep. Steve Scalise, the majority whip, saved the lives of others armed only with baseball bats. They said that others at the field were unable to carry a firearm because of plans to travel back to D.C. afterward….

The gun industry isn’t ready to call its agenda a lost cause just yet. But there is a growing impatience.

“We would like to see quicker action on these bills and we’re just now beginning to press the leadership to say now’s the time. Let’s not let this delay any longer,” said Erich Pratt, executive director of Gun Owners of America….

“The fact that you have a pro-gun Republican in the White House and pro-gun majorities in both the House and Senate, it doesn’t mean that you’re just going to get your Christmas list all at once and right away. It takes time.”