Gun owners have known a long time that, while the People are expected to obey the law, the ruling government elite operates under a different system.  Virginia Royal Governor Northam’s order that Virginians wear masks in public — right after being caught taking “selfies” on the beach without one — is recent proof of this fact.  A state record request by Gun Owners of American provides another example of the maxim “rules for thee, but not for me” — one that implicates lots of anti-gun politicians. 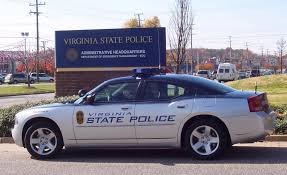 In 2015, Virginia Attorney General Mark Herring suddenly announced that Virginia would stop recognizing out-of-state concealed carry permits, effectively ending decades of reciprocity agreements with at least 25 other states.  Soon after, Governor Terry McAuliffe tried to look reasonable while infringing upon the rights of gun owners. So he agreed to reinstate reciprocity, if the GOP would (foolishly) agree to support a package of “compromise” gun bills.

Unfortunately, the Republican-controlled General Assembly caved on principle and agreed to pass S.B. 715 which established a system for the Virginia State Police (“VSP”) to conduct “voluntary background checks” at gun shows for sales between private parties.  (Virginia Code, § 54.1-4201.2.)  The statute directs VSP to attend every gun show in the Commonwealth to conduct federal “National Instant Background Checks” (“NICS”) through the FBI, and forces gun show promoters to provide space for the police.

But there were some legal problems with S.B. 715’s provision for private background checks.  Federal law only allows licensed dealers (“FFLs”) to conduct NICS checks, and only with respect to prospective transfers by the dealer.  See 28 C.F.R. § 25.6(a).  The Virginia State Police is not an FFL, and federal law prohibits NICS checks for purely private sales.

Apparently realizing that S.B. 715’s private background checks could not be implemented under federal law, the administration of Virginia’s anti-gun Democrat Governor and Attorney General began to scheme with the FBI, under its anti-gun Director James Comey, to find a way to end-run the federal prohibition on NICS checks for private sales.  From November 2015 to January of 2016, the VSP and the FBI exchanged a series of emails, which were recently obtained by Gun Owners of America through a state records request.

In those nonpublic emails, the FBI advised Virginia that it could not approve use of the NICS System for a private “voluntary background check,” but if VSP would instead agree to call the background check a “permit” system for the buyer — which it’s clearly not —  then the FBI could approve VSP’s use of the NICS System under the federal exception for NICS checks for “issuance of a firearm-related … permit or license.”  28 C.F.R. § 25.6(j)(1).

Of course, S.B. 715 neither establishes nor requires a “permit” or a “license” to conduct a sale between private parties, but those are “just words.”  Getting cutesy with the English language, the McAuliffe administration drafted an Executive Order to create — out of thin air — a “special permit” to run a “voluntary background check.”  Tada!  Problem solved?

VSP asked the FBI if the draft Executive Order and the proposed “special permit program” would qualify for the federal exemption.  On January 4, 2016, the FBI replied that such a “permit” system would qualify, but that “Virginia … will have to determine whether its law allows the establishment of a firearms-related permit by Executive Order.”

Of course, nothing in Virginia law allows the Governor to establish a system of firearm “special permits” by Executive Order.  Nevertheless, based on the January 2016 FBI email, and the February 2016 enactment of S.B. 715, VSP was granted access to NICS and began to conduct voluntary background checks at Virginia gun shows.

However, there’s just one more wrinkle to the story, as revealed in the newly released emails.  Remember the draft McAuliffe Executive Order that was floated to the FBI, proposing to establish a phony “special permit program” to justify allowing VSP access to the NICS system?  Well, once the FBI approved of the system in theory, the McAuliffe administration quietly swept the issue under the rug, and never actually issued the Executive Order.  In fact, the copy provided by VSP is neither signed by the Governor, nor is it on letterhead — it is merely a draft.  And no final version appears on the official list of McAuliffe-issued Executive Orders.

Meanwhile, the Virginia State Police have been running illegal “voluntary” background checks on private sales at gun shows in Virginia for now more than four years.  And the FBI apparently has been more than willing to turn a blind eye to the charade and let the VSP get away with it.

The 2016 lawlessness of the McAuliffe administration needs to be investigated. But regardless of what happens to this law in the courts, gun owners should never forget how McAuliffe, Herring, Northam — and the rest of Virginia’s rabidly anti-gun rulers — have a great thirst for power, but no respect for the law.