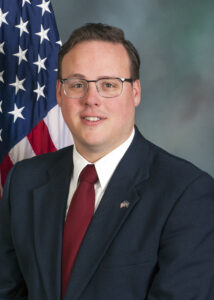 Legislation drafted by Rep. Matthew Dowling (R-Fayette/Somerset) that would remove restrictions on firearms during an emergency declaration received support in the House today.

Currently, Pennsylvania’s Crimes Code makes it illegal to possess an otherwise lawful firearm on the public streets or on any public property during an emergency declared by a state or municipal government, subject to certain exemptions.

“Unfortunately, in the last few months, we’ve seen how easy it is for one person to choose to declare a state of emergency – despite dissent expressed by other elected officials via the legislative process as my colleagues and I did with our votes on House Resolution 836. The legislation would have ended Gov. Tom Wolf’s second emergency declaration if he acted in accordance with the law,” Dowling said.

“To protect our Second Amendment rights, it’s critical that they remain in place, even if the governor announces an emergency declaration. Gov. Wolf has also called emergency declarations for the opioid epidemic, which is another great example of a time when gun rights shouldn’t be dashed,” Dowling added.

House Bill 1747 would also repeal part of the Health and Safety Code that gives the governor the power to suspend or limit the sale of firearms and other items during a disaster emergency declaration.

“The limiting of a citizen’s right to self-defense and to exercise their Second Amendment rights cannot and should not be condoned, and House Bill 1747 addresses these issues definitively,” said Firearm Owners Against Crime President Kim Stolfer.

“Gun Owners of America congratulates Rep. Dowling and the PA House for passing House Bill 1747. During a state of emergency, Pennsylvanians should have unimpeded access to purchase firearms and be allowed to carry openly without a permit to protect themselves and their families. The Senate should pass House Bill 1747 without amendment immediately,” said Dr. Val Finnell, the Pennsylvania director for Gun Owners of America.

After receiving bipartisan support from the House, the bill moves to the Senate for consideration.