PRATT, HAMMOND: The Facts Are In, And Doctors Are More Likely To Kill You Than A Gun

Over the years, we have become used to seeing “junk science” flowing out of the billionaire-funded anti-gun lobby.

And most of it reaches the same repetitive conclusions — based on repeating the same intellectual fallacy.

The fallacy is that gun control makes people safer, but the easy availability of firearms endangers the public. 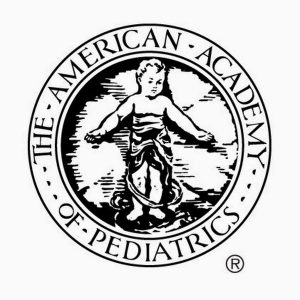 Just this week, we saw yet another example of this fraud — this time from the American Academy of Pediatrics (AAP). (RELATED: The Trump Administration Is Becoming Strangely Anti-Gun) .

We start with the fact that the “study” took much of its source material from the Brady Campaign — a virulently anti-gun advocacy group.

Their report relied on state grades which are issued by the “Brady Bunch” to determine which gun control laws supposedly make states safer.

States which have imposed very strict gun control get higher grades from the Bradys, while states with fewer restrictions get lower grades.

But these grades have nothing to do with reality or with identifying which states are actually safer.

The authors of the publication would have us believe that the children are safer in the south side of Chicago than they are in Cheyenne, Wyoming — or in Baltimore rather than Bismarck, North Dakota.

But the “study,” and the grades it relied upon, are a farce.

For all of its gun control, the Brady Campaign gives Maryland an A-.

And yet its neighbor to the south, Virginia, has none of these restrictions. So the Brady Campaign has downgraded the state with a D grade.

To simply look at these grades, one might assume that Maryland is the safer state. But then one would be wrong.

Not only has Maryland’s additional gun control NOT made the state any safer, its murder rate is almost double the rate of Virginia’s.

And then there’s Baltimore. The city leads all large cities with the highest murder rate per capita.

So how’s gun control working for the people — and the children — of Baltimore? Not so well, because gun control has always been, and will always continue to be, a colossal disappointment.

To the contrary, the “success” of gun control is based on nothing but circular reasoning.

Indeed, the continuing repetition of the same obvious fallacy — that gun control makes society safer — causes us to wonder whether the problem is woeful stupidity or deliberate intellectual fraud.

And as many “studies” as seek to prove this, everyone understands that this is fraud.

The AAP report “adjusted” government data to determine that 21,241 children died of “firearm-related injuries” during a recent five-year period.

Among the many flaws in their analysis is this: Over two-thirds of firearms-related deaths are from suicides. But roughly half of suicide deaths are from means other than firearms.

Hence, the inaccessibility of firearms in places like New York and San Francisco will simply shift suicide methods to jumping, overdoses, and wrist-slashing.

The study also ignored how many children were saved in the more than 500,000 to 3 million times a year that guns are used to prevent crime.

The Centers for Disease Control have already reported that guns are used millions of times each year in self-defense.

In fact, compared to the negative uses of firearms, the CDC data demonstrates that guns are used 16-100 times more often to save life than to take life.

It is not surprising that a “study” which utilizes data from the Brady Campaign is going to completely ignore the positive benefits of firearms.

Not only that, the study (conveniently) ignored the fact that doctor’s negligence results in far more deaths of innocent people than guns.

The number is so high — more than 250,000 deaths — you can conclude that doctors negligently kill Americans seven times as often as guns do.

These medical mistakes range from operating on the wrong person or the wrong part of the body, to giving mistaken dosages or leaving surgical instruments inside of patients.

Reports indicate that these deadly medical errors are the third leading cause of death in America. But the American Academy of Pediatrics doesn’t want to talk about that.

Perhaps the real lesson from this medical study should be: “physician, heal thyself.”