Due to the legal action supported by Gun Owners of America (GOA), the Philadelphia Police Department Gun Permit Unit (GPU) began accepting applications for a license to carry firearms (LTCF) via electronic mail as of Monday, December 7, 2020. 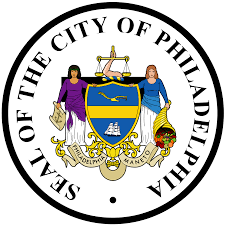 GOA was the first gun rights organization to file suit against the City of Philadelphia for excessive delays in issuing LTCFs in the wake of the COVID crisis.

Gun Owners of America, Inc., et. al. vs. City of Philadelphia and Commissioner Danielle M. Outlaw was filed on October 5, 2020. The lawsuit sought to force the City to accept and process LTCF applications within the specified time required by law. Additionally, our motion for peremptory judgment gave the City the option to accept applications via alternative means, like other counties are doing across Pennsylvania.

Almost immediately, the GPU responded by putting on a second shift of detectives who began taking applications five days per week in order to speed up processing.

However, on November 18, 2020 the City of Philadelphia closed the GPU. Upon request from GOA attorney Andrew Austin, the City Solicitor informed the Court of Common Pleas of the reason for the closure and that they would be reopening the GPU on December 7, 2020. When the GPU could not physically reopen, they shifted to taking applications via email which is consistent with the relief sought by GOA in the motion for peremptory judgment.

While it was unfortunate for the officers, the COVID exposure was proof-positive that the City’s system did not work, said Andrew Austin, attorney for GOA and the ten plaintiffs suing the City. The City represented to the Court that the unit would reopen on December 7th, and when they couldn’t do so, they had no other choice but to concede and begin accepting applications by alternate means.

I’m also pleased that the GPU is beginning to accept LTCF applications again,” said Dr. Val Finnell, Pennsylvania Director for GOA. We are reminding applicants that the GPU has 45 days to issue their LTCF. If not, I’ve asked them to contact us if they experience delays.

Help to Advance 2A Rights in Florida