I’m happy to report that our two bills to strengthen Pennsylvania’s firearms preemption law have been filed. 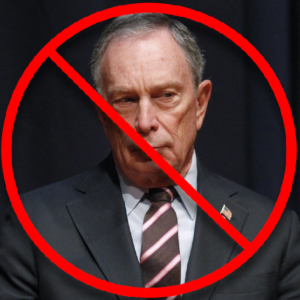 Now the work begins to get these bills out of committee and passed!

HB 979 was referred to the House Judiciary Committee and SB 448 is sitting in the Senate Local Government Committee.

The Capitol is open to the public again, so I’ll be working on these two committees face-to-face to get both bills reported and on to the floor for a vote. But I won’t be successful without your help, so please send a message to your state legislators right away using the form above.

Rogue mayors, like Pittsburgh’s Bill Peduto or Philly’s Jim Kenny, are on a national crusade to bankrupt law-abiding gun owners by forcing them to spend thousands of dollars in legal fees to fight their blatantly illegal gun control ordinances.

And while you are scraping change to find an attorney to defend yourself, these cities and municipalities are getting free help from billionaire Michael Bloomberg’s Everytown for Gun Safety.

Make no mistake about it, their agenda is to end firearms preemption through a financial “war of attrition” against your Second Amendment rights.

The solution is to immediately report and pass HB 979 and SB 448 to level the playing field against Michael Bloomberg and his anti-gun political allies.

These bills provide law-abiding citizens the ability to recover damages, reasonable attorney fees, and costs if a court finds that a local ordinance violates the state firearms preemption law. They would also award costs for an unsuspecting citizen charged with a crime under one of these illegal ordinances who is subsequently acquitted.

Not only that, but these bills would allow membership organizations, like GOA, to sue on your behalf.

So please urge your state representative and senator to co-sponsor, support, and pass HB 979 and SB 448 by filling out the form above.