Five Actions President Trump Can Take to Save 2nd Amendment

Five Actions President Trump Can Take to Save 2nd Amendment 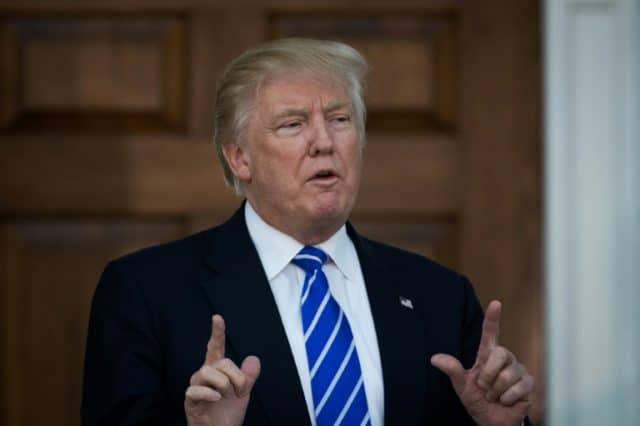 President-elect Donald Trump won on November 8 after running a pro-gun campaign focused on defending and upholding the Second Amendment.

Now it is time to deliver. And after he is sworn in on January 20, 2017, here are five things Trump can do save the Second Amendment:

1. Nominate a pro-Second Amendment justice to Supreme Court vacancy–Antonin Scalia was a bulwark for the Second Amendment. His February 13, 2016 death left a void that has yet to be filled, but it is a void that Trump pledged to fill with someone like Scalia. During the aforementioned October 9 presidential debate Trump said, “I am looking to appoint judges very much in the mold of Justice Scalia… people that will respect the constitution of the United States. And I think that this is so important–also, the Second Amendment which is totally under siege by people like Hillary Clinton.” Fulfilling this promise is key in the fight to save the Second Amendment.

2. Roll back President Obama’s Executive Gun Controls–On January 5, 2016, President Obama circumvented Congress and instituted new gun controls with the swipe of a pen. These controls will have zero effect on crime, as they deal with pumping more money into federal schemes for smart gun technology, requiring background checks to be performed on a greater number of private sales, and requiring background checks on individuals in family trusts which hold guns. There were other aspects to Obama’s controls as well, but these are the central points. Whereas Obama instituted these with the swipe of a pen, Trump needs to get out his pen following the inauguration and reverse these measures all as part of saving the Second Amendment.

3. National Reciprocity for Concealed Carry–Throughout the campaign, Trump made clear his conviction that self-defense does not end at one’s driveway. And he also stressed his belief that concealed carry is a right, not a privilege. He said:

Besides the obvious benefit of making a concealed license from one state valid in every state, national reciprocity for concealed carry also deals a death blow to myriad gun controls and freedom-stifling regulations in states like California, Illinois, New York, and New Jersey, to name just a few. Congress should pass national reciprocity immediately so Trump can sign it and save the Second Amendment.