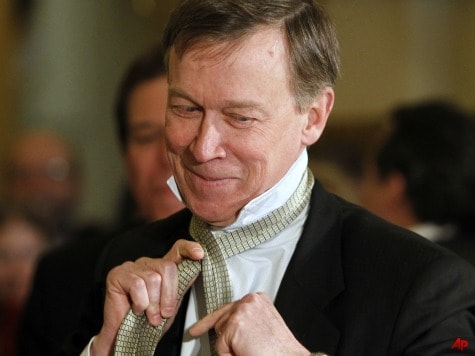 By signing draconian gun control into law in March, Colorado Governor John Hickenlooper (D) went from being politically unbeatable in 2014 to politically unpopular.

According to Politico, a recent Quinnipiac shows that 49 percent of Coloradans do not believe Hickenlooper deserves another term. Only 42 percent say he does.

This has lessened the advantage he once held over his GOP opponents. Now he only leads former state Senate Minority Leader Mike Kopp by four points. Former U.S. Representative Tom Tancredo is within five points of Hickenlooper and state senator Greg Brophy is within six.

Fifty-five percent of voters who took part in the Quinnipiac poll say they oppose the new gun control laws, while 40 percent support them. Politico made clear the loss of momentum that resulted from gun control was compounded by the successful recalls of state senators John Morse (D-Colo. Springs) and Angela Giron (D-Pueblo) in September.

A Day That Will Live in Infamy