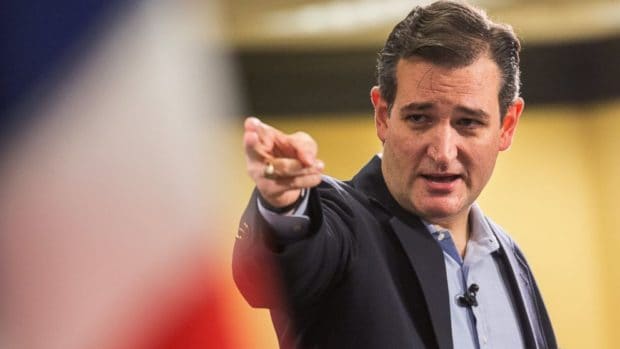 Among the first conservatives to congratulate Republican President-Elect Donald Trump was the last of his competitors to concede in the GOP primaries, Texas Senator Ted Cruz.

Ted Cruz hailed the election of Donald Trump as an “amazing victory for the American worker,” saying early Wednesday that the victory represents a wholesale rejection of the Obama administration’s progressive agenda.

Cruz in a congratulatory Facebook post encouraged Trump to immediately begin undoing the landmark legislation of the last eight years, in order to install a far-reaching conservative agenda.

“Americans voted for Republicans because of a promise to go to Washington to reverse our current course, and end the Washington cartel — a promise to drain the swamp,” he wrote. “Now is the time to follow through on those words with action.”

Cruz also laid out a series of priorities, including repealing Obamacare, securing the border and confirming conservative justices to the Supreme Court, saying he is eager to aid those causes.