Survey: Crooks get guns from pals, don’t keep them long

Survey: Crooks get guns from pals, don’t keep them long 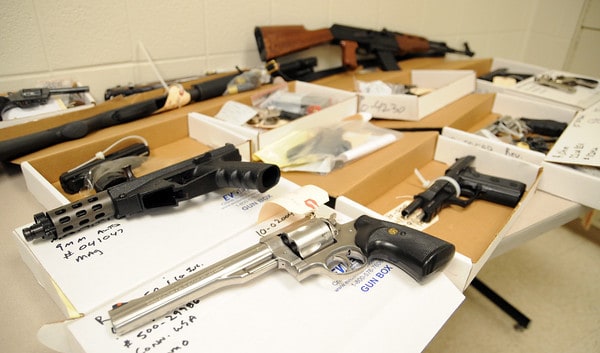 Chicago criminals are finicky about how they get their guns, according to a new study by the University of Chicago Crime Lab.

In a survey of almost 100 detainees in the Cook County Jail, few said they get firearms at gun shows or through the Internet, said Harold Pollack, co-director of the crime lab. They also said they don’t normally steal guns or buy them at a licensed store.

“Some of the pathways people are concerned about don’t seem so dominant,” Pollack said.

Most of the inmates said they had a gun within six months of getting locked up. And most said they got the weapons through personal connections because they feared getting caught in a law-enforcement sting or being robbed by a stranger.

“What the police are doing is having some effect,” Pollack said.

Still, the men said they were less concerned about getting caught by the cops than being put in the position of not having a gun to defend themselves and then getting shot, Pollack said.

“Many gave some version of the phrase ‘I’d rather be judged by 12 than be carried by six.’ ” Pollack said. “We have to figure out swift and certain but not overly severe consequences for getting caught with a gun that are meaningful to the perpetrators that might consider carrying them.”