Weld doesn’t seem to know what reciprocity is 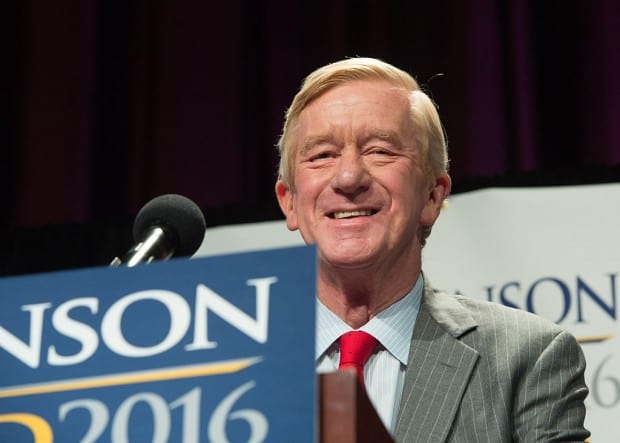 While he said he supports the Second Amendment because “the history of people who have surrendered their weapons to the government is not a pretty history” and appeared to indicate he is in favor of Constitutional — or permit-less — carry, his knowledge of the issue did not seem to run very deep.

Loesch: Do you believe in reciprocity?

Weld: I don’t know. We don’t have concealed carry up in New England, so I’d wanna look at that.

Over the past several weeks, former New Mexico Gov. Gary Johnson, Weld’s running mate, has made a few gaffes of his own.

Read at The Blaze