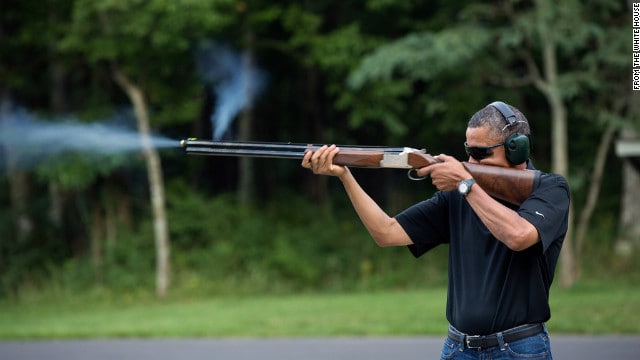 A number of dynamics affect gun sales trends. It could be a terrorist attack, a mass shooting, growing unrest, racial tension, rioting and looting (think Charlotte), or all the above.

But probably the most influential factor in driving gun sales is the election of a Democrat to the White House. Anyone elected to higher office who is perceived by the conservative base as being anti-Second Amendment will drive gun sales up.

The Washington Examiner is reporting that gun sales are up 27 percent compared to last year around this time, and September was the 17th consecutive monthly record. This year’s gun sales are on track to outpace last year’s:

A total of 1,992,219 background checks were processed through the bureau’s National Instant Criminal Background Check System for the month of September, higher than the 1,795,102 conducted in September 2015.

Sales have surged in the wake of ammunition shortages and fears that the Obama administration may seek to restrict Second Amendment rights in the president’s waning days in office. Experts say the equipment being sold indicates interest has spiked out of growing interest in self-defense and hunting.

“Sales of handguns and AR’s have been very strong for the past two months. Hunting rifles have been about average for this time of year,” Scott Blick, a managing partner at Ammunition Depot, told the Washington Examiner. “Ammunition sales are definitely following that pattern with sales of 9mm ammo and .223 ammo being extremely strong.”

A year-over-year record has been set every month since May 2015. The September figure brings the total for the first nine months of the year to 19,872,694, and puts this year easily on track to break last year’s 12-month record, when 23,141,970 sought to purchase firearms.