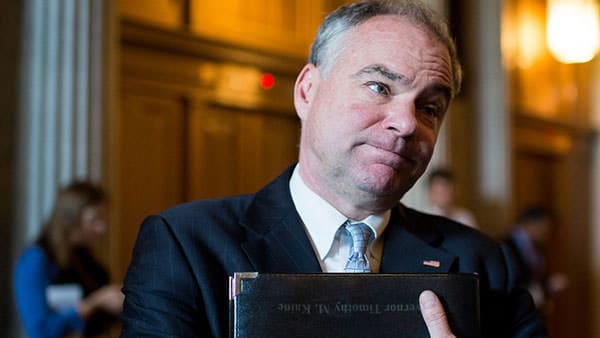 The buses were used to transport city residents from Richmond to the anti-gun, and inaccurately named, Million Mom March in Washington, D.C.

The Bell Campaign supported a litany of gun control measures, including gun rationing, a ban on the possession of commonly-owned semi-automatic firearms and their magazines, firearm owner licensing, and gun registration. In regards to the right to keep and bear arms, the Bell Campaign contended, “The Second Amendment does not, and never did, protect the private ownership of guns for private purposes.”

Following a public outcry over the use of public funds for political purposes, including criticism from Richmond City Council members, Kaine was forced to seek private funds to reimburse the city. Despite the disapproval of citizens and his fellow public officials, Kaine was reluctant to admit wrongdoing, with the Richmond Times-Dispatch noting, “Kaine defended the subsidy on the ground that Richmond always has supported stricter gun laws.” At the time, the Times-Dispatch also reported that in regard to gun control, Kaine said, “I can’t think of an issue I’d rather be aligned with than this.”