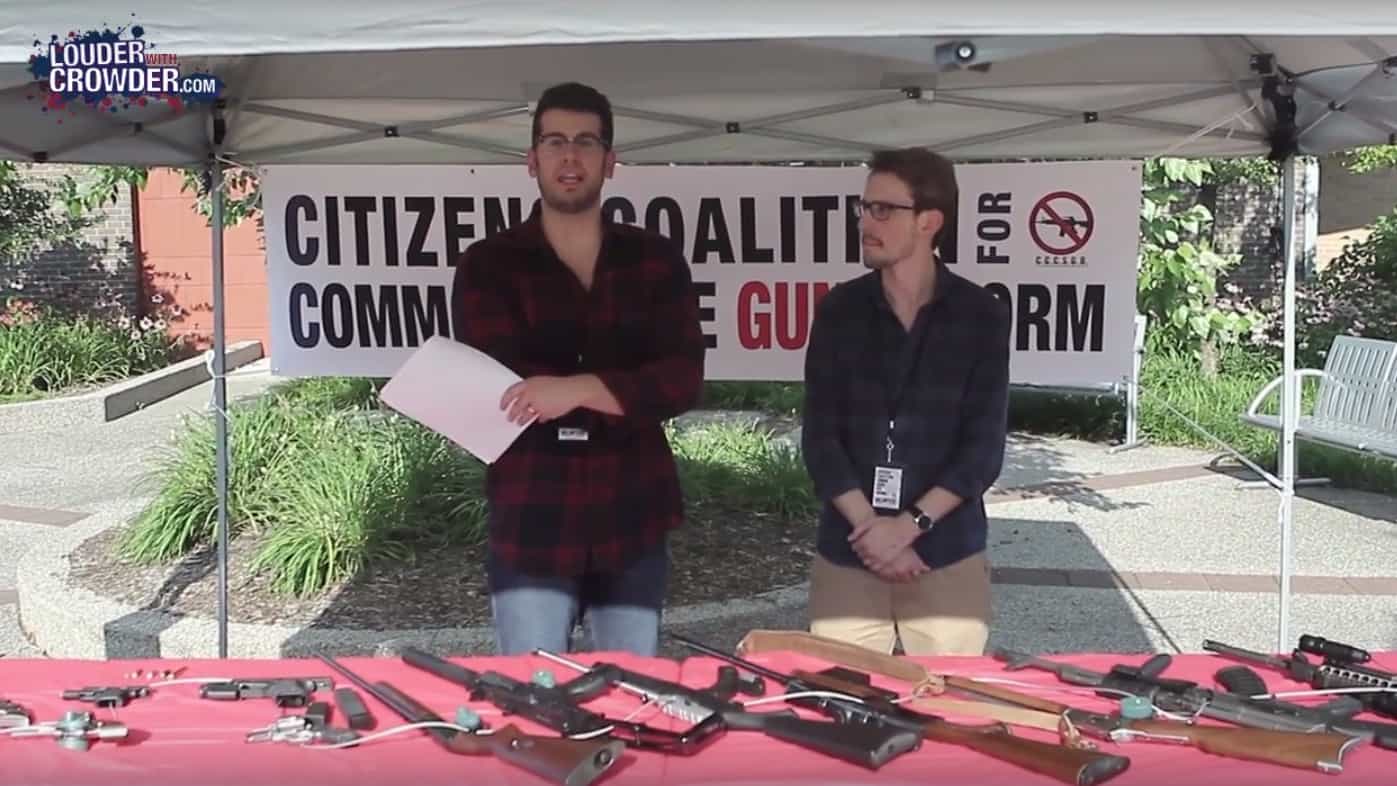 Comedian Steven Crowder recently set up a sidewalk display featuring a display table full of firearms and then took a very funny undercover video documenting how your garden-variety citizen reacted to them.

The idea, he said, was “to see what people know — or don’t know — about firearms and just how far they’re willing to give over the reins to the federal government as far as legislation based on that knowledge.”

Backed with a banner advertising his made-up “Citizens Coalition for Common Sense Gun Reform” in the hopes of getting a made-up petition filled with signatures, Crowder tackled buzzwords politicians and pundits toss around such as “assault weapon” and “automatic.”

Beyond people mistakenly believing that “assault weapons” are readily available and used in mass shootings, Crowder began noticing most folks were swayed just by a firearm’s appearance.