Paul Ryan CAVING on Gun Vote is Exactly Why We Lose 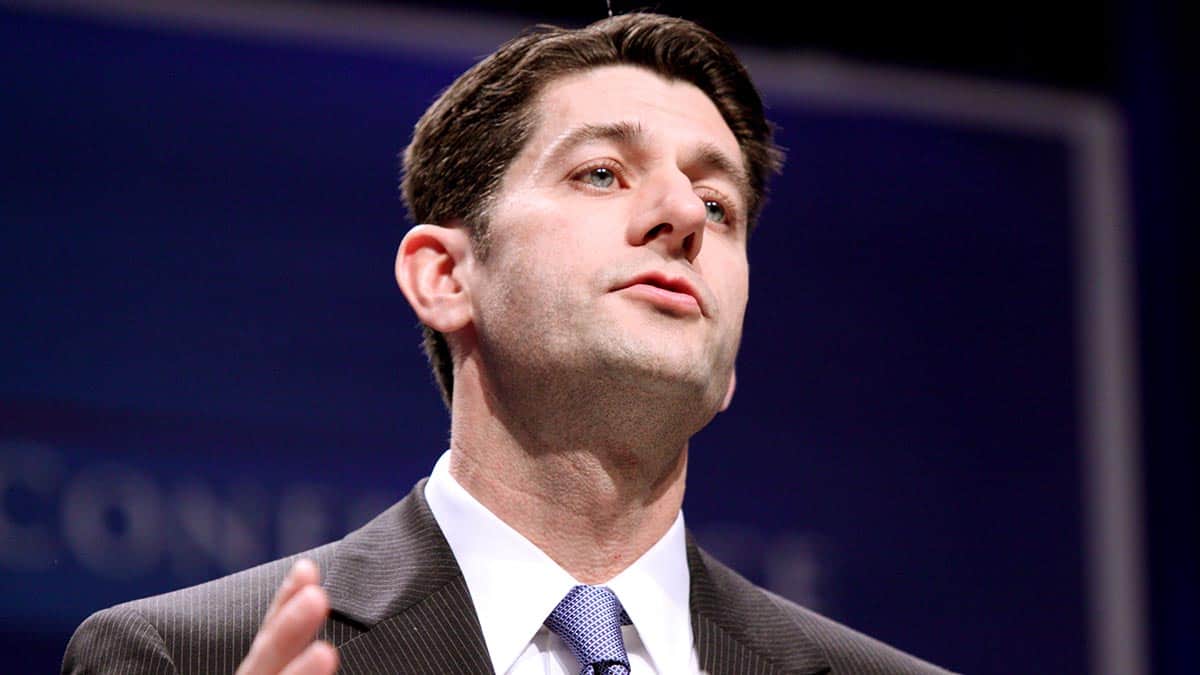 Did you ever hear the saying “Snatching Defeat from the Jaws of Victory?” Well that is what Speaker of the House Paul Ryan, R-Wis., did yesterday when he announced the House would vote next week on a measure that would prohibit people on terrorism watch lists from purchasing firearms.

The Hill is reporting that Ryan caved to the demands of Democrats and he is scheduling a  gun control vote on the House floor when they come back from recess next week.

In a conference call Thursday, Ryan told rank-and-file Republicans that the House will take up a terrorism package that will include measures to disrupt radicalization and recruitment, as well as a provision to prevent suspected terrorists from purchasing guns, according to a source on the call.

Matt Kibbe of Conservative Review explains here (Link no longer available)  why No Fly, No Buy = No Justice.

I recently wrote, “GOP Leadership: The Last Line of Defense Against Gun Control.”  Although this will probably be an example of the House passing a bill that can’t pass the Senate because Senate Democrats will filibuster for more gun control, the political ramifications of repeatedly making your caucus walk the plank on damaging gun control bills is significant. Passing Democrat-lite bills always backfires and never provides real cover for members who will get hammered with 30-second ads on terrorists with guns.

Republicans should be pushing ideas that would look at immigration from nations that are incubators of terrorism, more so than focusing on gun control ideas that would not have prevented the Orlando shootings.

The Senate Democrats have outsmarted Senate Majority Leader Mitch McConnell, R-Ky., by baiting him into having the Senate vote on six amendments to a bill that deals with this same issue. Now, Speaker Ryan has fallen into the same trap.

If the House runs with a proposal like the Cornyn Amendment or the Sen. Susan Collins, R-Maine, Amendment that provided due process for people only after they are barred from purchasing a gun, they would be in violation of the Bill of Rights. First of all, the so-called “No Fly” list and “Terrorist Watch Lists” are mere lists compiled by the federal government that end up placing many people on these governments lists who don’t belong there.

Republicans should be pushing ideas that would look at immigration from nations that are incubators of terrorism, more so than focusing on gun control ideas that would not have prevented the Orlando shootings. Or they should simply not schedule politically damaging votes that will lead to legislation being passed that liberals will argue is a good first step, but not far enough to make the Second Amendment a dead letter of constitutional law.

The Gun Control Farce: How the Anti-gun Left Cherry Picks its Facts to Sell a Lie