The Right to Keep and Bear Arms is a Natural Right, not a “Constitutional Right”

Written by Mike Maharrey Published: 04 May 2016 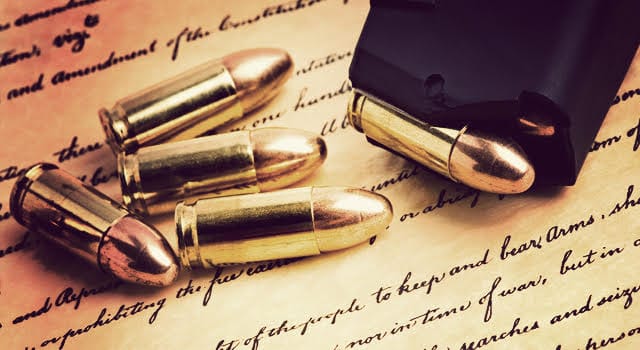 A strong movement to end state conceal carry permit requirements has blossomed in the U.S. over the last couple of years. Supporters dub the idea “constitutional carry,” and often argue, “The Constitution is my gun permit,” or a variation on the theme, “The Second Amendment is my gun permit.”

While I fully support the idea of permitless conceal carry, this insistence that the Second Amendment counts as some kind of gun permit makes me want to stab an icepick through my eardrum. Not only does the idea fundamentally misrepresent the purpose of the Second Amendment, it actually assumes a fundamental change in the American constitutional system that a vast majority of “gun rights” advocates would likely reject wholesale if they really thought about it.

The first problem with the “Second Amendment is my gun permit” mantra lies in the fact that it implies the amendment creates a right.

It does not “give you” the right to keep and bear arms. It merely prohibits the federal government from infringing on a right you already had.

The right to keep and bear arms flows from a more basic right – the right to self-defense. This falls within the umbrella of “natural rights.” You have them “naturally” simply because you exist. The right to defend yourself and your property makes up part of what it means to be human. In other words, it’s natural to human existence.

St. George Tucker wrote the first systematic commentary on the U.S. Constitution and stood as one of the preeminent constitutional scholars through the 18th century. Tucker called the right of self-defense the “palladium of liberty.”

“The right of self defence is the first law of nature: in most governments it has been the study of rulers to confine this right within the narrowest limits possible.”

The Second Amendment was drafted and ratified to prevent the federal government from doing just that. But it was not meant to apply to the states.

This leads us to the second, more dangerous aspect of this notion that “the Second Amendment is my gun permit.” To make it so requires a complete transformation of the American constitutional system in order to make the Second Amendment limit state governments’ ability to regulate firearms.

The preamble to the Bill of Rights makes it clear exactly which government the provisions apply to. State ratifying conventions insisted on a Bill of Rights as a condition of ratification “in order to prevent misconstruction or abuse of its [the government created by the constitution] powers.”

There simply exists no credible founding era evidence supporting the idea that the Bill of Rights – including the Second Amendment – was intended to restrict state actions. State constitutions feature their own bills of rights for that purpose. And it’s unthinkable that a founding generation so wary of centralizing power would have created a mechanism for federal courts to veto or nullify state laws. In fact, this idea was floated in the Philadelphia Convention during the drafting of the Constitution and soundly rejected.

The Constitution created a federal system. The states maintained their sovereignty except within a few spheres where power was delegated to the federal government. The Constitution did not create a national government with all power and authority flowing from it. In fact, most Americans in the founding era feared this.

Many will argue everything changed after the War Between the States. They claim that the 14th Amendment now applies the Bill of Rights to the states, and that should include the Second Amendment. But the weight of evidence does not support what has become known as the “incorporation doctrine.” In fact, Supreme Court justices milked the idea out of the words of the 14th Amendment nearly five decades after it was ratified. (You can read more about the original intent of the 14th Amendment HERE.)

During the Massachusetts ratifying convention, delegate Fisher Aims argued for the inclusion of what would later become the Tenth Amendment.

“A consolidation of the States would subvert the new Constitution, and against which this article is our best security. Too much provision cannot be made against consolidation. The State Governments represent the wishes and feelings, and the local interests of the people. They are the safeguard and ornament of the Constitution; they will protect the period of our liberties; they will afford a shelter against the abuse of power, and will be the natural avengers of our violated rights.” [Emphasis added]

“But Mike,” some will ask, “Are you saying the states can just violate our right to keep and bear arms, and we can’t do anything about it? We have to have somebody to protect us from state governments.”

But that raises a bigger question. If you can’t control the political process in your own state and ensure that it protects the right to keep and bear arms, what in the world makes you think you can control a bigger, more powerful, more intrusive, less responsive federal government?

And therein lies the rub. You can’t. That’s exactly why the founding generation created a decentralized system with very little power at the top. They recognized that while every level of government threatens liberty, centralized, monopoly governments pose the greatest threat.

Sadly, many Americans seem to think subverting the Constitution and concentrating authority in an oligarchy along the Potomac in exchange for federal permission to carry a gun across state lines is a good trade-off.