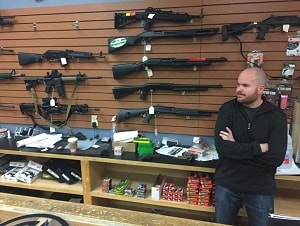 The powerful gun lobby is supporting an effort backed by Democrats, Republicans and gun control advocates to fix the system that allowed the shooter at a Sutherland Springs, Texas, church, last month to obtain a gun. The NRA argues the fix helps law-abiding citizens get guns more easily while keeping them out of the hands of criminals.

The Texas shooter killed 26 people with a firearm he purchased after passing a background check, despite multiple military and domestic violence complaints.

Support for a bill to fix that background check system puts the NRA in the company of gun control groups that call the move a modest step in keeping guns out of the hands of criminals.

It also pits the group against some members of the gun rights community, who want to use the Texas incident to attack the background check system as a whole. Those groups have been urging allies in Congress to reject the fix, even when it’s combined with gun rights expansion efforts.

NRA Executive Director Chris Cox last month praised the background fix pushed by Sen. John Cornyn, R-Texas, saying his group “applaud[s]” the effort “to ensure that the records of prohibited individuals are entered into” the National Instant Criminal Background Check System, “while providing a relief valve for those who are wrongly included in the system.”

That system, created as part of a larger gun safety law in early 1990s, is supposed to prevent criminals from purchasing guns.

While the NRA wants bigger changes to improve the system, its leaders support Cornyn’s bill, which has support from Democratic Sens. Richard Blumenthal and Chris Murphy of Connecticut, Dianne Feinstein of California and Jeanne Shaheen of New Hampshire.

The NRA applauds the bill for giving people who were wrongly entered into the system a way to appeal their rejection more quickly.

Others in the gun rights [such as Gun Owners of America] movement disagree. They want the system gone altogether.

When the House approved its version of the FIX NICS bill earlier this month, Gun Owners of America urged members to vote against it, calling it additional gun control.