Now’s not the time to walk away from your principles 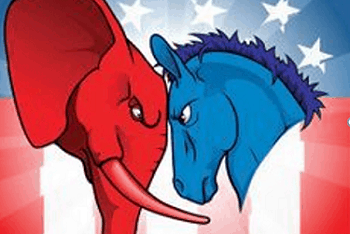 The hard-left in America has again jumped on the recent school shooting in Florida to call for taking guns away from American citizens as a solution to the problem, even though it is not a solution at all.

And once again we have Republicans, including President Trump, looking for a “quick fix” for the problem.

The biggest problem is Republicans are looking at the solutions the hard-left and even the few middle of the road Democrats are promoting, rather than real solutions. This spells disaster for Republicans in the coming elections.

Remember when Bill Clinton decided to attack gun ownership — he got his butt kicked in the midterm elections. Well, Republicans, get ready for a major butt kicking if you go down the road of stomping on the Second Amendment.

What’s amazing to me is that Republicans have the information they need to actually help them pass legislation that will stop school shootings, but somehow they chose to ignore the facts and give in to Democrat anti-gun ideas.

Gun-free zones have proven to be the favorite shooting grounds for nut jobs and terrorists time and time again. Yet somehow we believe that maybe putting even bigger signs in front of schools saying they are “gun free zones” is going to finally stop the carnage? I don’t get it.

So here are some real solutions that will not only protect our children, but also help Republicans win this year’s mid-term elections nationwide.

First, get rid of “gun free zones” — they don’t work! Consider that 98 percent of public mass shootings in this country occur in places where guns are banned. And 81 percent of police officers support arming teachers and school administrators.

Next, allow school districts and law enforcement to train and arm teachers and other adult personnel. Let every nut job in America know that we’ll be shooting back if they try to go on school grounds and start shooting. You never hear of someone going into your local police station and shooting the place up. That’s because they know EVERYONE WILL BE SHOOTING BACK AT THEM.

And let’s take it a step further if we really want to protect our children. Let’s take the many, many billions of American taxpayer dollars we’re spending on services for illegal aliens and give it to veterans who have fought to protect freedom here and around the world and place them on school grounds as the first line of defense to protect our kids.

Veterans are already trained in gun safety and shooting discipline, all they need is a little more training on how best to protect everyone on school grounds and the shootings will stop, and our children will be safe.

Democrats seem more worried about protecting people who are here illegally than they are about our own American children. It’s time to turn this around and put our money into protecting our children. And when we do, Republicans will reap the benefits later this year at election time.

This is a win-win for our nation. We protect our kids, and we protect the Constitutional freedoms of Americans.

Tim Macy is the Chairman of Gun Owners of America, a grassroots organization representing more than 1.5 million Americans.