“What is a relevant record?” — Depends on who you ask.

Section 2(1): This paragraph requires agencies to report what percent of “relevant records” (i.e., eligible NICS names) have actually been turned in to NICS.

This is a fool’s errand. The number of eligible NICS names depends on thousands of major and minor judgment calls. 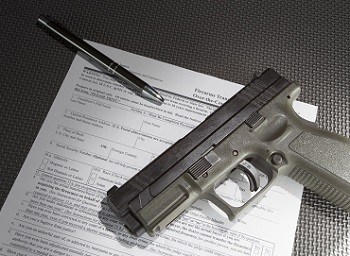 One agency (the VA) turns in clients as a result of a diagnosis of PTSD; others don’t, although SSI disability briefly experimented with this before being prohibited.

Some states (notably Massachusetts and Ohio) turn in the names of people subject to bench warrants for unpaid traffic tickets; most don’t.

One state (Hawaii) is turning over its medical list; Pennsylvania has turned in some drug names pursuant to a gubernatorial decree; 27 others haven’t, yet.

Similarly, states have 50 different policies with respect to drug convictions and diversion programs — and the drug- and mental health- questions arising from these. Some states may regard spanking and “emotional abuse” as Lautenberg misdemeanors; others don’t.

Five states have ex parte orders for imposing gun bans; 45 don’t. Some of these issues are not (g)(4) mental health issues, but most are. And, by far, the knottiest issues revolve around mental health questions.

So it is very foolish to think that you can somehow come up with a quantifiable number of eligible NICS records.

Inserted sub-sub-subparagraph (F)(iii)(III) requires departments and agencies to report on their efforts toward “complete and accurate reporting.”

Particularly in the hands of an anti-gun administration, an Attorney General like Eric Holder or Loretta Lynch could impose massive gun control by refusing to make a favorable compliance determination unless an agency resolves all of the mental health issues in favor of more reporting, rather than less.

For example, with respect to every federal health and entitlement program — with the exception of Social Security Disability — they could require the agency to troll the rolls and impose gun bans over every recipient who has a financial guardian, or who has PTSD, ADHD, or Alzheimer’s.

All to say, an unfavorable Attorney General (AG) assessment of the number of agency NICS names is not without consequences.

Consequences for agencies that don’t comply.

Under subparagraph (H), the AG submits a report of agency success in turning in NICS names to the public and to the Appropriations Committees, with the expectation that agencies which have more pro-gun policies would see cuts in their funding, irrespective of their success in achieving their main mission.

Under subparagraph (I), appointees of an agency which has not submitted enough names to comply with benchmark expectations will lose their bonuses, irrespective of how successful the agency has been in performing its statutory function.

No consequences if the Attorney General does not correct records.

Section 2(2): This paragraph requires the AG to respond to an erroneous records complaint within 60 days.

Currently, the Department must respond to a complaint within 5 days, and must correct records determined to be erroneous “immediately.”

Hence, it is not clear whether the 60-day period is better or worse than current law. But, like current law, which is largely ignored, the new response period has no teeth whatsoever — and no consequences.

Under paragraph (b)(2), up to half of that amount can be set aside to enforce Lautenberg Amendment compliance.

Even if the AG wanted to distribute the money equitably, he is required by sub-sub-subparagraph (B)(ii)(I) to favor states which have established an implementation plan to send a lot of addition names to NICS.

Thus, there is a huge incentive for states to search for increasing numbers of potential grounds for sending names to NICS in order to achieve implementation plan goals.

And as GOA has shown on multiple occasions, S. 2135 will help disarm military veterans and seniors, medical marijuana users, vacationers with outstanding traffic tickets — and will make existing protections for gun owners even worse.

“Mental Health” has disarmed hundreds of thousands of military veterans.

Section 4(a): The core of this section (4(a)(2)(B)) would require increased efforts to achieve compliance with 2007 Act implementation goals.

Under this Act, mental health names increased from under 300,000 to about 4.6 million.

Section 5(a): This section requires the AG to establish FOR each state a “plan [for] the reporting or making available of appropriate records to the [NICS system]…”

The plan applies to all categories of prohibited persons.

The plan, WHICH IS WRITTEN BY THE ATTORNEY GENERAL, includes benchmark requirements (inserted section 107(b)) and a compliance determination (107(c)), which will determine whether the state gets incentive money under 107(e).

Thus, an anti-gun AG can set a very aggressive additional number of NICS names in his benchmark requirements — and thereby reward states which stretch the law in search of more and more NICS names — and reasons for sending additional names to NICS. Conversely, states which are “conservative” in sending names to NICS will be almost mandatorily penalized.

For more information on how background checks are ineffective, unconstitutional and dangerous, see here.

Michael Hammond is the Legislative Counsel for Gun Owners of America, a grassroots organization representing more than 1.5 million gun owners.