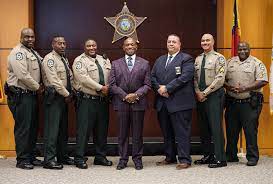 Ever since the start of the COVID pandemic in early 2020, we’ve seen a number of jurisdictions across the country drag their feet when it comes to the issuing of concealed carry licenses. The delays have primarily been blamed on staffing levels, as well as COVID protocols that limited office hours or in-person applications, but that doesn’t make them any more acceptable. If you live in a state that requires you to obtain a permission slip before you can exercise your right to bear arms, there’s no excuse in the world that’s going to make up for your Second Amendment rights being put on hold for months on end thanks to bureaucratic delays.

It looks like there’s at least one judge in North Carolina who agrees, because the Mecklenburg County Sheriff has now been ordered to start processing carry license applications within the time allotted under state law. The ruling was made public on Monday, months after Grassroots NC and Gun Owners of America filed suit over the lengthy delays in Sheriff Gary McFadden’s office.

Last August, the Mecklenburg County Sheriff’s Office was still processing permits from March of 2021. In a statement to WCNC Charlotte, the sheriff’s office said it would not comment on pending legal matters but that the permits backlog was caught up in March.

If that’s the case then McFadden should have no problem complying with the judge’s order. As Grassroots NC noted after the judge’s order was released, however, the group has been receiving complaints about delays in the processing for several years now, and Mecklenburg County isn’t the only jurisdiction where this is taking place.

“In violation of North Carolina law, Sheriff Garry McFadden has been dragging his feet in processing North Carolina pistol purchase permits and concealed handgun permits, often taking up to a year to issue permits and preventing lawful North Carolinians from buying and carrying handguns for defense of themselves and their families.

“We believe this order sends a clear message to sheriffs in Guilford, Mecklenburg and Wake counties, among others, that obstructing lawful citizens from exercising the right to keep and bear arms will no longer be tolerated. To ensure compliance by a sheriff who has so far dragged his feet, Grass Roots North Carolina advises anyone whose fingerprints are not taken with five business days of completing a concealed handgun application to contact us immediately.