There are three gun control bills that will soon be headed to the governor’s desk. 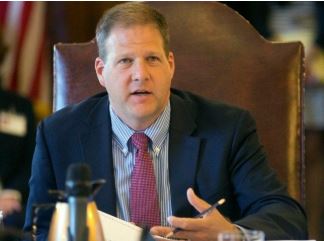 But first, there will be a vote in the Democrat-controlled Senate.

So it’s important that you take action right away.

Tell your state senator and Gov. Chris Sununu to oppose these bills. And make sure you let Sununu know that the gun owners of New Hampshire stand behind him!

The good news is that we’ve been able to kill all the other gun control bills in the “all blue” New Hampshire legislature.

The most dangerous bill — Gun Confiscation “red flag” Orders — has been “retained” by the House committee. This means that, barring something extraordinary, it is dead for the year.

The House has now passed three gun control bills — but it’s passed all three with a small enough margin to sustain a veto.

And, with GOA, NRA, GONH, and NHFC all strongly opposed to all three of these bills, we believe those vetoes are forthcoming.

So now, our task is clear:  Minimize the Senate vote for the three gun control bills and, much more importantly, ensure that the governor vetoes them.

The three bills are these:

1. House Bill 696 (Gun Confiscation Lite). This bill would copy most of the unconstitutional provisions of other red flag gun grab bills — but would apply them, specifically, to families with seniors. Everything else would be the same:

In Ferndale, Maryland, a 60-year-old man was shot to death by police serving a “red flag” order at 5:17 in the morning.

And, as GOA has learned from very personal experience, in order to be classified as an “abuser” for the purpose of confiscating your guns, all you have to do is disobey any order of a bureaucrat with respect to the way the state wants to manage your family.

HB 696 will be heard by the House Criminal Justice and Public Safety Committee on March 26 at 10 AM.

2. House Bill 109 (Universal Background Checks). This bill would outlaw virtually all private gun transactions and would require you to get the government’s approval before buying a firearm from anyone.

It’s supposed “exceptions” are a joke, intended to trap gun owners into making innocent mistakes which would classify them as felons. It sets the stage for a national gun registry.

And it wouldn’t have stopped any mass shooting in modern American history.  Cities like Baltimore and Chicago, where this “crown jewel of Michael Bloomberg’s diadem” is law, are the most homicide-prone in the country.

3. House Bill 514 (Waiting Periods).  This bill would impose an across-the-board waiting period which is seven business days — so with weekends and holidays, it can be up to twelve days.

HB 514, introduces, for the first time ever in New Hampshire, mandatory training to buy a firearm (by exempting those who pass a hunter education class from the waiting period on rifles and shotguns.) All handguns — which are the most common self-defense firearms — are subject to the up-to-twelve day wait. So the chief victims would be people who need to acquire a gun quickly in order to protect themselves from abusers.

This is what’s at stake. Please contact your senator and the governor in opposition to these three bills.

Round 1: District Court sides with government against gun owners