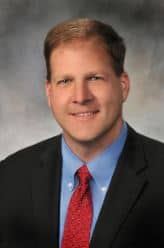 HB 1660 was a hyper-partisan bill that passed without a single Republican vote — the civil liberties violations were so egregious that a few Democrats even voted NO.

By vetoing HB 1660, Governor Sununu kept his perfect Second Amendment record intact.  To be sure, he has vetoed every single word of gun control that the radical left legislature has sent him. Then, when COVID-19 hit, he designated the firearms industry as “essential.”  He has been a solid friend of the Second Amendment.

Now, regarding other legislation that still looms: HB 687, the partisan red flag gun confiscation bill, is still in play.  We expect Speaker Shurtleff to send it to the Governor at a time that is politically advantageous to the radical left Democrats in Concord.

So please take action (above) to thank Governor Sununu for standing up for the Second Amendment and to remind him to veto HB 687 when it lands on his desk.