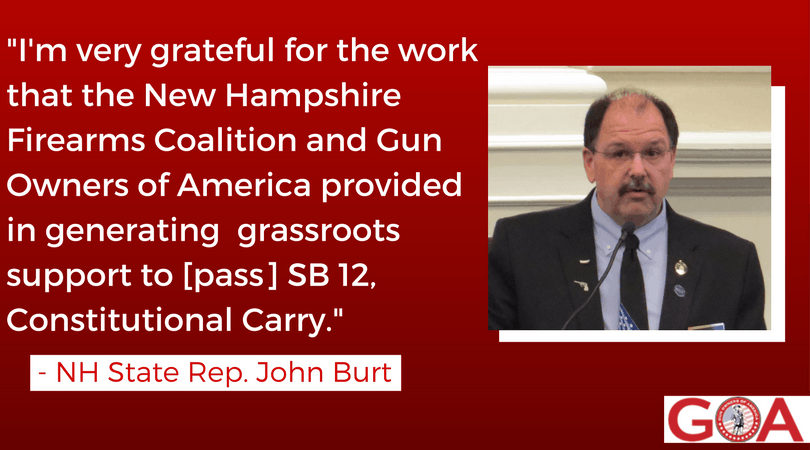 The hue-and-cry from grassroots gun owners drowned out the paid opposition from Bloomberg’s Billions, which was generating phone calls into the state in opposition to SB 12.

“This is a win for the people of New Hampshire, and an even bigger win for the rule of law and the Constitution,” said Pratt.

“The Second Amendment protects our right to bear arms from infringement, so honest citizens should not have to seek permission or be registered like sex offenders before exercising their right to protect themselves.” 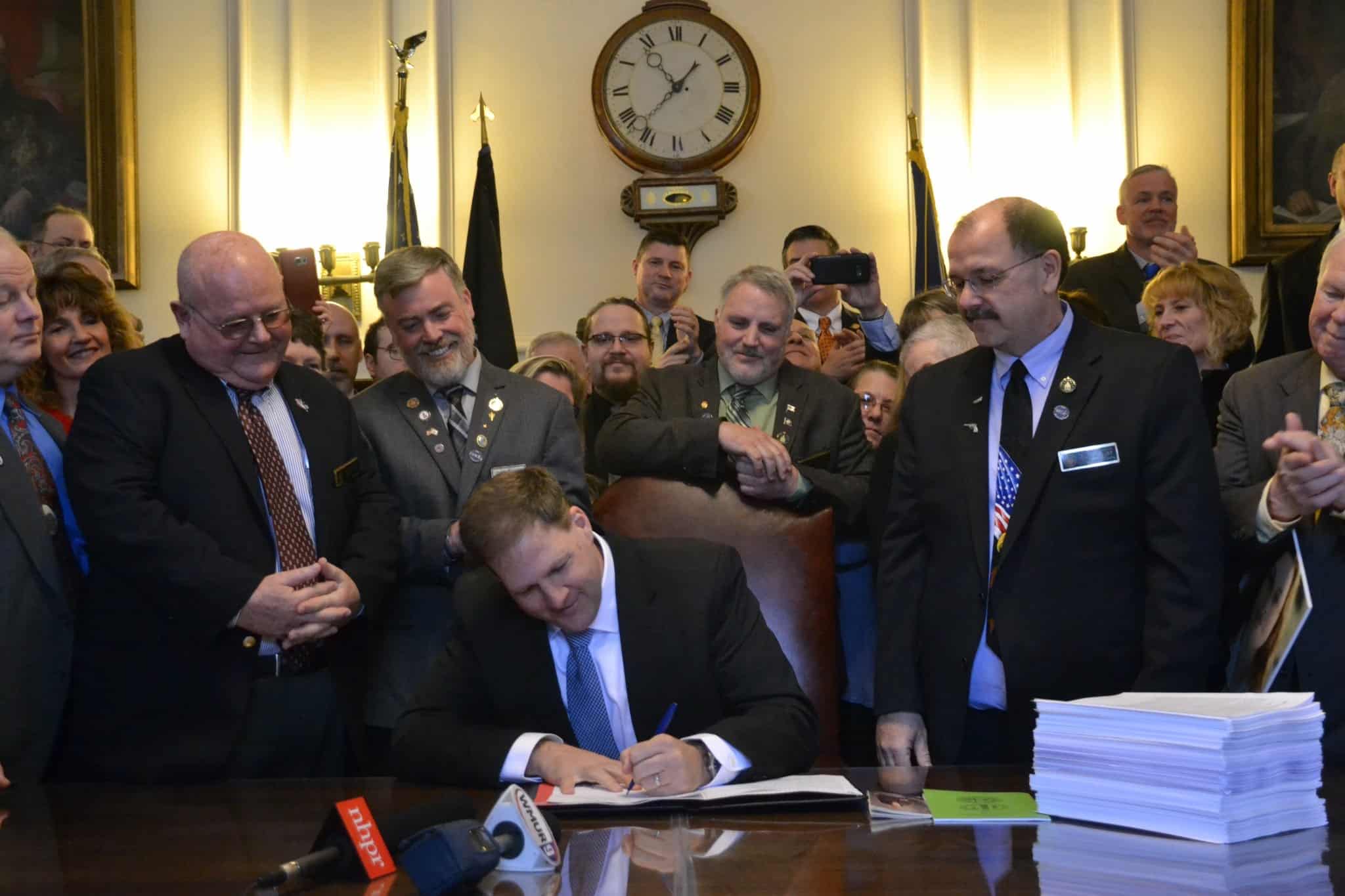 Concealed carry holders are the safest segment of our society, as they commit crimes at a lower rate than police or the average member of the public. (See p. 15 here.)

This positive record carries over especially in Constitutional Carry states.

“Constitutional Carry states are some of the safest states in the country,” Pratt said.  “Just look at Maine and Vermont, with their low crime rates.”

“In fact, Vermont has been a Constitutional Carry state since the beginning of our republic, and it is frequently ranked as the Safest State in the Union.”

This is not an aberration.  West Virginia enacted permitless carry in 2016.  A half year later, law enforcement says they have “not noticed an increase in gun violence since the law went into effect six months ago.”

Likewise, Alaska enacted Constitutional Carry in 2003; Arizona followed in 2010.  Both states saw their murder rates decline by 30% in the first five years.

“No wonder that over 90% of police nationwide support the principle of concealed carry for law-abiding citizens,” Pratt said. “And law enforcement in states like Idaho and Maine have stated their public support for Constitutional Carry.”