Written by David Smith of The Guardian Published: 11 December 2015 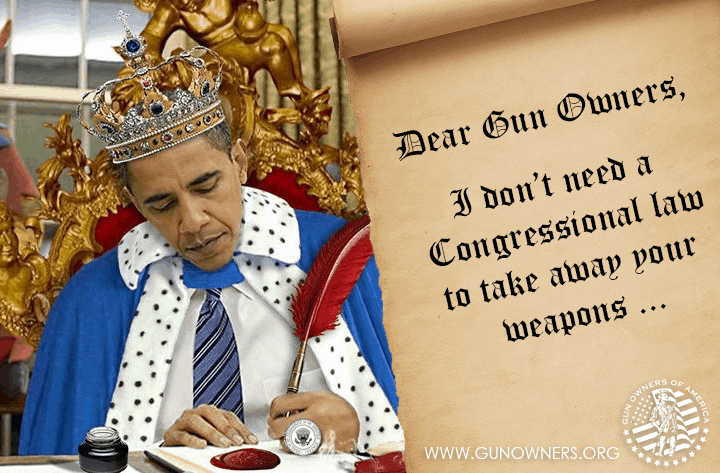 Barack Obama’s resolve to bypass Congress to tighten gun controls is likely to target loopholes around firearms bought at gun shows and on the internet, campaigners believe.

The president’s adviser, Valerie Jarrett, revealed this week that Obama has directed his team to finalise “in short order” recommendations that will keep guns out of the wrong hands, including expanded background checks….

The NRA did not respond to calls and emails requesting comment. But Erich Pratt, a spokesman for Gun Owners of America, said: “This would be a lawless act on the part of the president. He has no authority to expand background checks, especially given that the highest law of the land states the right of the people to keep and bear arms ‘shall not be infringed’.

“Both Colorado and California have ‘universal background checks’. And yet these restrictions were unable to stop Syed Farook and Tashfeen Malik in California, and Robert Lewis Dear in Colorado, from acquiring weapons to carry out their heinous acts.”

Pratt rejected the idea that gun shows represent an anomaly that needs to be fixed. “The president has no authority to unilaterally bypass the Congress and regulate the lawful activity between two individuals who are exercising their God-given rights – rights which are protected by the constitution. Besides, criminals and terrorists are not acquiring their weapons from gun shows. Only 0.7% of crime guns were originally purchased at such venues, according to the Bureau of Justice in 2001.”

Read More at the Guardian