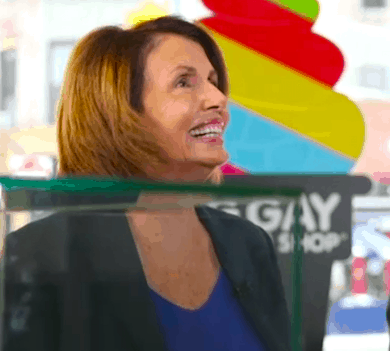 [Nancy] Pelosi says she had one regret from her time as House Speaker.

“One regret,” she said. “We really do have to address the issue of gun safety in our country.”

Pelosi recalled playing with a group of children at a child care center in her district when a balloon popped, and one 4-year-old urged the others to drop, thinking it was gunfire.

But she said two lobbying groups, the National Rifle Association and the Gun Owners of America, had grown so powerful that they could block any attempts to address gun violence.

“Nobody wants to take away their guns, but what we don’t want is for people who shouldn’t have a gun to have a gun,” Pelosi said. “What’s more important, political survival or the survival of children in Newtown or college students in Oregon?”

Paul Ryan Would be “Boehner on Steroids”