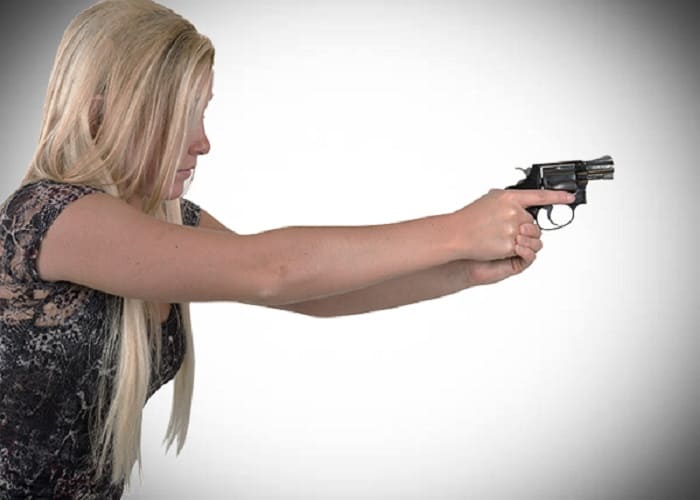 Praesidium, a video released by Gun Owners of America, has a powerful message for any liberal who thinks the answer to gun violence is gun control.  A man rushes to save his wife, but finds her in a warehouse, murdered by an anonymous gunman who was not stopped by a nearby “gun-free zone” sign. Using time travel, he posts more and more signs to try and ward off the killer.

But as his wife is killed again and again, the truth becomes clear: the gunman isn’t deterred by signs.  The only thing that changes his wife’s fate is another gun–one that he leaves in her hands.

The message of Praesidium is reinforced by actual events.

So why are some still pushing for more gun restrictions?

A liberal might argue that putting a gun in the hands of everyone is asking for trouble, because some people very easily can get upset. Seeing as how I don’t carry a gun (thanks to Massachusetts’s gun restrictions), I reached out to gun-rights activist Jordan Stein from Liberty University to understand the argument from the perspective of a gun-owner.

“First of all, a gun is a tool. That tool can be used for good or evil, and it all depends on whose hands it’s in,” said Stein. “Obviously criminals or the mentally handicapped should not have a gun, but everyone should have the right to one.”

For those who do carry, however, Stein stresses that “My mindset when I carry a gun is that the last thing I want to do is shoot someone. Because I value human life, I want to protect myself and others from people who are evil. I don’t ever want to draw my gun, but I will if I have to.”

Another argument from police reform advocates and Black Lives Matter activists is that stun-guns or tasers are effective, “less-lethal” alternatives to firearms. Police Officer John Converse, however, recently wrote in a letter-to-the-editor to the Washington Post that “As effective as the Taser usually is, it does sometimes fail. The Taser discharges two probes at different angles. If one or both probes miss the target, the Taser will not work.” The Daily Mail just reported on one such situation, where an officer failed to stop a gun- and grenade-wielding criminal with a taser.

Given that risk, gun-rights activists like Stein prefer firearms for self-defense.  “A gun was made to protect yourself and those you love in defense of your life and liberty. Gun-free zones are only effective at preventing law abiding citizens from stopping evil doers with guns,” said Stein.

Growing up in Massachusetts, I was always taught to be afraid of guns, but I recently spent time in New Hampshire where open-carry is legal. From what I saw in public spaces, everyone carried their firearm, but no one acted like it was there.

Perhaps the answer to stopping criminals, then, is to stop restricting the heroes.

Read at the College Conservative