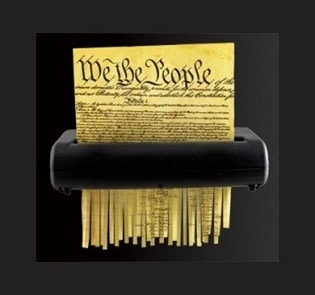 “If you want, Gun Owners of America will send you a bag of shredded Constitutions.  This will tell you more than Garland would about his judicial philosophy.”

It was Christmas Eve in 1991.  And, as the only one working that day in Senator Bob Smith’s office, I took a phone call from the wife of a man who was about to be sent to prison for a long time.

50 years earlier, the man had been involved in a bar fight.  But, since then, he had become the town grocer and a respected member of the community.

And, as such, he had made the mistake of accepting a gun as payment from a family which needed food for its children.

And so he was about to go to prison.  For a long time.  For something which probably shouldn’t have even been a crime.

And believe me:  Their tears were real.

I thought of this man Wednesday as I watched the fake tears flow from the eyes of Merrick Garland, as he contemplated the possibility that, in a life filled with honors and relative wealth and comfort, his next undeserved honor and massive pay raise (while the rest of America is suffering through a de facto recession) might not be forthcoming.

But there’s something about Garland which is particularly disgusting.

By now, everyone knows that Garland voted to rehear (and overturn) the D.C. Circuit’s pro-gun Heller decision.

The result, had he won, would have been a Second Amendment which didn’t convey any individual rights to Americans — merely the right of states to form a militia.

And, yes, Garland voted to reconsider in order to reverse the pro-gun panel.  He was joined by an anti-gun loon (Tatel) and an anti-gun Clinton appointee (Rogers).

And, yes, when an anti-gun panel of the D.C. Circuit issued an anti-gun decision in Seegars v. Gonzales, Garland, in 2005, voted against rehearing en banc.

And, yes, as the corrupt news reporters for the New York Times and The Washington Post scrambled to misrepresent Garland’s record on Heller — even as MSNBC fell over itself to characterize Garland as “a humble man” and a “moderate,” while panning on his photogenic family — we have all the evidence we need as to why Chuck Grassley cannot give Garland a platform to lie about his judicial philosophy.

Just as every news outlet in America would use those hearings to portray Garland as a saint — and then a martyr.

In fact, Garland’s “moderation” consists of rubber-stamping just about any unconstitutional government action, except, of course, in 2004, when the Sierra Club was the plaintiff and the government action didn’t go far enough. 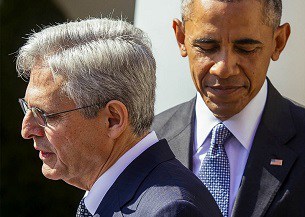 (And, if anyone needs to know how Garland would rule on amnesty, gun control, environmental regulation, and the host of unlawful Obama “executive actions,” Garland’s record gives us more than enough evidence to answer that question.)

Even more humorous are the media’s efforts to portray Garland as “more conservative than Scalia” because he has read the Fourth, Fifth, and Sixth Amendments out of the Constitution with respect to criminal defendants.  This can hardly be surprising given his mentor, Janet “Waco” Reno.

And perhaps most astounding is the way liberals who oppose the death penalty for mass murderers have now joyously embraced the execution of Timothy McVeigh — whom they portray, erroneously, as the poster child for the Second Amendment.

In short, Garland embodies the worst of all possible judicial worlds — an outcome far worse than Ruth Bader Ginsburg — a jurisprudence where the government has no boundaries, and the citizenry has no rights.

If you want, Gun Owners of America will send you a bag of shredded Constitutions.  This will tell you more than Garland would about his judicial philosophy.