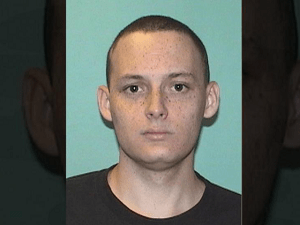 The gunman who posed as a student and opened fire on New Mexico’s Aztec High School wrote a manifesto in which he said he planned to take a classroom hostage and “go apesh*t.”

The gunman, William Atchison, then planned to kill himself.

If things go according to plan, today would be when I die. I wait until the school buses are detected, then head out on foot disguised as a student. I go somewhere and gear up, then hold a class hostage and go apesh*t, then blow my brains out.

I just want out of this sh*t.

F*ck this state, it really is bad. Think I’m insane? I’m actually more rational, peaceful and less loony than a majority of the citizenry of this entire region.

Atchison opened fire on December 7 as planned but was unable to enter the classroom after the teacher told students to push a sofa against the door.