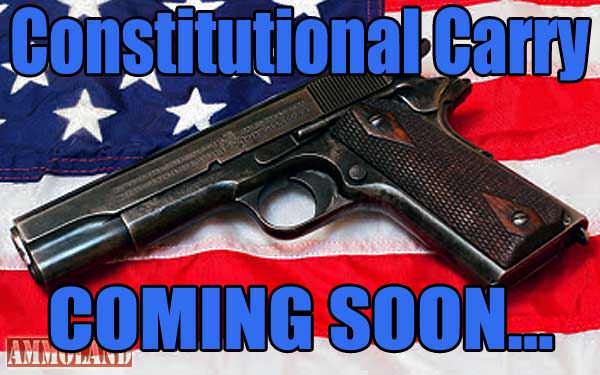 The calendar has turned to 2017 and the New Hampshire General Court is back in session. New Hampshire Firearms Coalition is working very hard to pass Constitutional Carry this year.

I want to give you a quick legislative update so you know what the Board Members are doing and what you can do to help.

Yesterday, I attended and testified at the Senate Judiciary Committee Hearing for SB 12, Constitutional Carry on behalf of both NHFC and our partners at Gun Owners of America. This is a simple bill that merely says, if a person is lawfully allowed to possess a firearm than that same person may carry a concealed handgun without any sort of permit or license. SB 12 has 13 Senators and 5 Representatives as co-sponsors. It accomplishes this goal by repealing R.S.A. 159:4, Carrying without a license.

I am happy to report that the Judiciary Committee voted the bill “ought to pass” on a 3-2 vote.

The bill now moves to the full Senate where it may be considered as early as next week. Please call or email your Senators and politely ask them to vote SB 12 “ought to pass” without any amendments or changes. Click here for contact information on all Senators.

Please remember to be polite but firm when you ask Senators to support SB 12. Some talking points include the fact that Vermont has never required a license or permit to carry a firearm and in 2015, Maine removed it’s permit requirement. All 3 Northern New England states are consistently ranked as 3 of the safest places to live, work and play. It makes logical sense for New Hampshire to follow the lead of our neighbors and 8 other states and remove an onerous, unconstitutional requirement that has racism as its roots.

Current New Hampshire law allows people to openly carry a firearm without any sort of license. SB 12 extends this logic to concealed carry. A person should not become a criminal for putting on a coat or getting into a car.

Please also remind Senators that there are several documented cases of people who are lawfully allowed to own a firearm who were denied a Pistol / Revolver license. SB 12 will stop this abuse by removing the requirement to obtain a license and making it clear that for anyone who would like a license for purposes of reciprocity in the 27 states that currently honor the New Hampshire license, SB 12 changes the law to read “… unless the applicant is prohibited by New Hampshire or federal statute from possessing a firearm.” These simple words do away with the 94 year old “suitable person” language that has been abused to deny qualified people licenses.

[Editor’s Note:  Alan Rice, who is the Vice President & Training Director of the New Hampshire Firearms Coalition, represented Gun Owners of America while speaking before the General Court on January 10.]