North Carolina’s Vote Could Save the Country

You’ve often heard the phrase “this is the most important election of our lifetime” and, well, in the case of the November 2020 Election, it very well is. 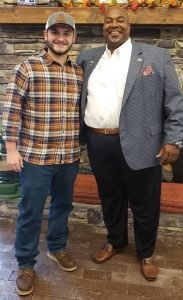 At stake at the Federal Level is simply Socialism versus continuation of our constitutional Republic. The consequences at the State level are no less trivial. Remember what happened to gun rights in Virginia in January of this year?

Well, if North Carolina Democrats achieve simple majorities in the Raleigh House and Senate, and retain ”King” Roy Cooper as Governor, the destruction of North Carolina’s Gun Rights will make Virginia’s effort look as if accomplished by amateurs.

We can expect no less than the REPEAL of Castle Doctrine, the loss of state preemption over gun matters, a California-style ban on over 205 named modern, commonly-owned rifles, magazine capacity bans, and on and on and on.

So today, GOA is calling on you to step up and do your duty. At a minimum, please vote for pro-gun rights candidates in EVERY office. It’s a long, two-page ballot this year. You MUST complete it in full and VOTE for EVERY PRO-GUN CANDIDATE on the ballot. Early voting begins October 15th and lasts until the 31st.

Additionally, we strongly encourage gun owners to go the extra mile and volunteer and donate to GOA-backed candidates. These campaigns need volunteers to knock doors, get out the vote, and campaign at polling places. By putting in the extra effort, we can help ensure the election of pro-gunners across the Tar Heel State.

You may have seen our announcement of our endorsement of Dan Forest for Governor. He has committed to supporting and defending our gun rights without question. Should the worst befall us and we lose our pro-gun majorities in the Legislature, Governor Dan Forest will be an important and essential firewall against the anti-gun Left’s efforts to put the Bloomberg/Biden/Cooper Gun Control agenda in place.

Of course, we have endorsed Mark Keith Robinson for Lt. Governor. You all know Mark “I am the Majority” Robinson (a GOA Life Member), whose passionate defense of the Second Amendment while speaking out at a Greensboro City Council meeting where officials were hell-bent on decreeing local Gun Shows out of existence went viral on Facebook and YouTube. As Lt. Governor, Mark will sit as President of the Senate in Raleigh and, if necessary, can be counted on to break tie votes in favor of pro-gun values.

Control of the United States Senate is also in play this November, and North Carolina has a Senate seat up for re-election.

Yes, we may all wish a stronger gun rights supporter than incumbent Senator Thom Tillis was on the ballot, but the reality is we cannot afford to lose our pro-gun majority in the Senate because of desires to make the Senate seat a “protest” vote against Senator Tillis.

Senator Tillis has endorsed the full slate of Federal bench appointments nominated in the past three and a half years by President Trump and his vote will help add Judge Amy Coney Barrett to the United State Supreme Court, giving it a 5-4 conservative majority.

By all accounts, a second term by President Donald J. Trump may allow for as many as two additional Supreme Court appointments. 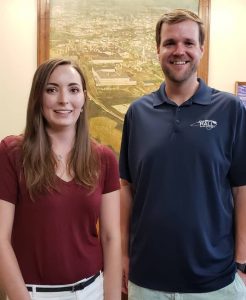 Control of the US House will require a net swing of 20 seats. Redistricting in North Carolina has the potential of losing two seats to the Democrats, making the task of replacing Nancy Pelosi as House Speaker next term all the more difficult. However, it CAN be done!

To this end, GOA has made endorsements for pro-gun Congressional candidates. In particular, let’s ensure we send these GOA-backed candidates to Washington next year:

On the local level, our friends at Grass Roots North Carolina (GRNC.org) do a comprehensive evaluation of all the candidates and make available their Remember in November Voter Guide. You can review it here.

The political arm of GRNC, the GRNC-PVF (Political Victory Fund) further analyzes the candidates and races and provides a comprehensive list of Recommendations. You can review their recommendations here.

Get to the Polls

If you are unsure where and when to vote, the North Carolina Board of Elections provides comprehensive information. You can go to their site, confirm your voting location(s) and download a sample ballot here. Early voting is from October 15th-31st. Election Day is November 3rd!

Again, we thank you for your enduring support of gun rights in these trying times. With your help, we can turn back the spread of socialism, and stop the Bloomberg/Biden/Cooper gun banning agenda in its tracks.

Share this information with your friends and family, and most importantly, VOTE in this Election.