GOA Wishes You a Merry Christmas!

“Sometimes, in the hustle and bustle of holiday preparations we forget [that] Christmas is the commemoration of the birth of the Prince of Peace, Jesus Christ, whose message would truly be one of good tidings and great joy, peace and good will.” — President Ronald Reagan, December 1983

It’s the Most Wonderful Time of the Year

From all of us here at Gun Owners of America, I want to wish you a Merry Christmas.

As the song title says, this is “the most wonderful time of year.”

This is true for many reasons, not the least of which is this: Congress is out of session and our rights are, therefore, safe from infringement … for the moment.

I hope that you had a chance to check out our Top Ten highlights for 2016 — great high-points that we accomplished together.

And as encouraging as that Top Ten list is, it doesn’t even include recent victories that we accomplished this month:

* Enacting Campus Carry in Ohio. Some conservative pundits were certain that Ohio Gov. John Kasich would stab gun owners in the back and veto GOA-backed campus carry.

But GOA activists lit up the phone lines late last week and over the weekend, urging Gov. Kasich to sign the bill to allow campus carry — legislation that he signed this Monday. 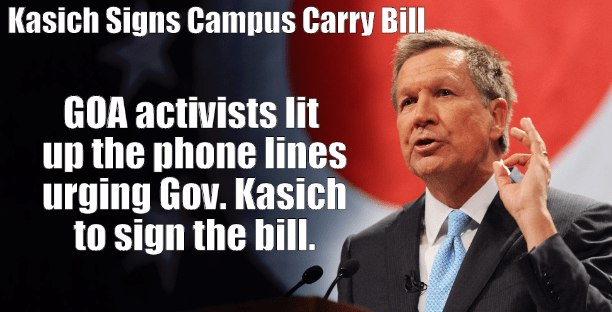 * Opposing a radical anti-gun nominee. When GOA learned that anti-gun David Petraeus was a potential nominee for Secretary of State, we quickly mobilized gun owners in opposition to him.

I am grateful to report that Donald Trump quickly “soured” on this pick — a testimony to the fact that gun owners will have much greater input into this presidency, as compared with the previous administration.

* Electing another pro-gun Senator. In Louisiana, another GOA-supported candidate won in a runoff election this month — John Kennedy of Louisiana.  By picking up this Senate seat, Republicans kept anti-gun Democrats from inching closer to a majority in the upper chamber.

You can be sure that GOA will be hitting it hard come January, and we will be pushing a very pro-gun agenda.

You can get a sneak peek at that agenda here.

Some Fun Viewing Over the Holidays

Meanwhile, if you have any downtime over the holidays, you might want to check out some of the recent talk shows where GOA spokesmen have been defending gun rights: 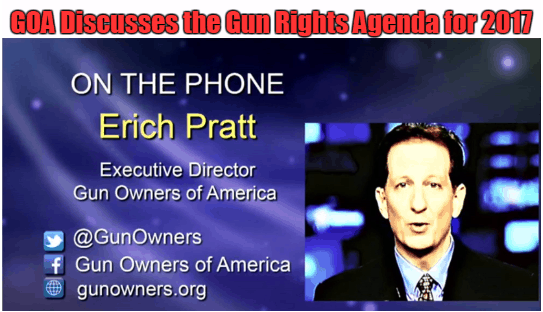 * GOA’s Larry Pratt interviews Dr. John Lott — for an insightful discussion of gun control’s failures that are presented in Lott’s new book, The War on Guns.

* GOA vs. CNN: The Top Viewed GOA Debate of 2016 — a debate where other media outlets declared GOA the victor and said the CNN host was “embarrassed,” “schooled” and “crushed.”

Finally, don’t forget to check out Praesidium, a 5-minute film that GOA produced to show the dangers of gun-free zones.  The video is a very clever adaptation of H.G. Wells’ Time Machine. 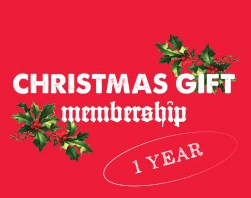 And don’t forget, if you need a last minute gift for any of your pro-gun family or friends, why not give them a Gift Membership in Gun Owners of America — complete with a membership certificate suitable for framing!

Again, I hope you have a great Christmas holiday and New Year.

Thank you so much for standing with Gun Owners of America throughout 2016.

P.S. Your activism helped us accomplish quite a bit this year. I’m looking forward to an even better 2017!  Please circulate this alert to your pro-gun family and friends — and encourage them to JOIN or RENEW their GOA memberships.