Without a Proactive Agenda, Pelosi’s Trap will be Difficult to Escape 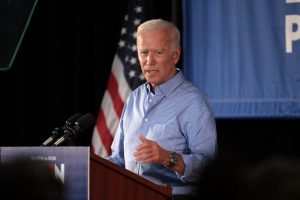 The consequences are immeasurable and it’s far from clear whether Joe Biden or Donald Trump will win.

What is clear is that, if Biden prevails, our rights protected by the Second Amendment will continue to come under ferocious attack.

Nancy Pelosi and Chuck Schumer are scheming their most recent legislative gambit to enhance Biden’s chances and to gain control of the Congress.

So please encourage Senators to step forward with a pro-active, pro-gun agenda to combat Pelosi and Schumer’s impending anti-gun “wish-list.”

You can take action above to contact Republican Senators with this important message.

As a condition of passing the COVID-19 Phase 4 legislative relief package, Pelosi and Schumer are preparing to demand their liberal wish-list.

This list could include many items that would be of concern to conservative constitutionalists, generally.

But of specific concern to gun owners is the gun control that Pelosi could try to sneak into a COVID-19 relief package — things like Red Flag gun confiscation orders, and more.

Our federal lobbyists have been communicating with Senate Republican offices, and right now, it’s too early to tell where the anti-gun Democrat leadership is going to make their big push.

Yes, there are anti-gun congressmen who are demanding that Red Flag gun confiscation orders be added to the relief bill. And so Republican Senators need to hear that this would be a non-starter.

But they also need to hear that grassroots gun owners oppose the big push by the anti-gun Left to use the relief package to change the “playing field” so that anti-gun Democrats will be elected in perpetuity.

It’s no secret that gun grabbers desperately want to force all states to adopt mail-in ballots — a system that is already rife with fraud and which disproportionately benefits anti-gun Democrats.

In fact, we know that Democrats have already tried (in an earlier COVID-19 relief package) to stick in Senator Elizabeth Warren’s plan to require that all states allow mail-in ballots.

If you’re familiar with the term “ballot harvesting,” this is precisely how anti-gun Democrats were able to take control of the Congress during the last election and put Pelosi in charge.

Mail-in ballots facilitate fraudulent voting, and as already stated, these always benefit the anti-gun side.

But politically, here’s the problem.

When Donald Trump rejects the Democrat wish-list agenda — and Pelosi uses that refusal to stall the COVID-19 relief package — the Democrats will say that he places “millionaires and billionaires” above the interests of poor victims of the coronavirus.  Every media outlet in America will echo this narrative 24 hours a day.

But two can play this game.

Playing “defense only” loses every time

If the Democrats intend to inject their election-year agenda into the coronavirus debate, Republicans are fools if they don’t do the same.

If forced to vote on the Constitutional Concealed Carry Reciprocity Act and the Veterans’ 2nd Amendment Protection Act, anti-gun Democrats would lose their majority in the House and probably lose seats in the Senate.

Not only did we kill every word of gun control, but the Senate that killed UBCs picked up additional pro-gun seats in the next election.

All it took was pushing forward a pro-active agenda, rather than sitting on defense.

For this reason, we need you to urge Senate Republicans to offer pro-active, pro-gun amendments to the latest COVID-19 package IF Speaker Pelosi attempts to do the same type of thing in the House of Representatives.

And pro-gun Senators need to be reminded: nothing moves voters in November more effectively than the Second Amendment.