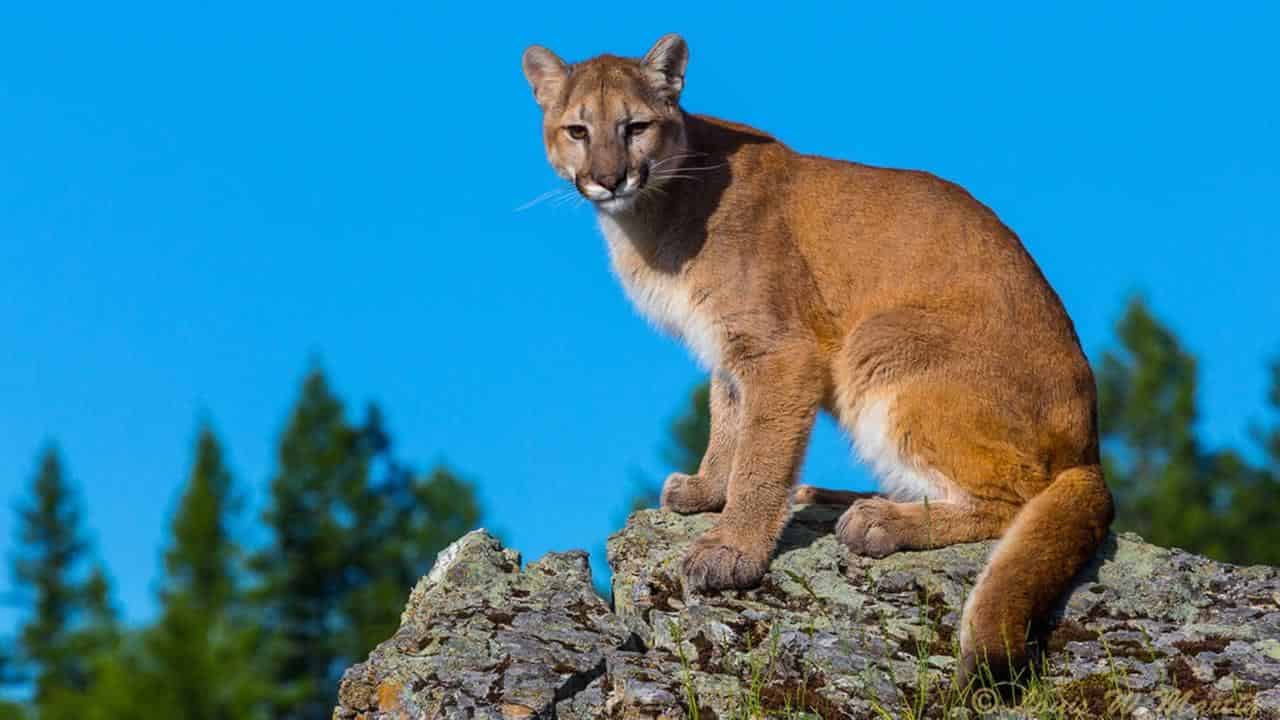 Dylan Ross, of Montrose, Colorado, was in the woods, hunting mule deer on November 5. He was sneaking through the woods a little after daylight when he heard a noise.

Words can’t even describe my hunting experience yesterday. I was and hour over a vertical mountain before it got light. I got to the other side and was sneaking through the timber then suddenly I hear something to my left. I turned and it was a lion! No more than 5 yards away. Right when I turned she hissed and came at me.

I killed her at 8 steps away from me. It’s one of the scariest things that’s ever happened to me. I took these mountains for granted. All the way down that mountain all I could think about is I was one moment away from never seeing my family and my 2 little girls again. I killed the lion at 7:34 A.M. then came all the way back down that mountain. I reported it to DOW, I showed them all the video evidence and gpscoordinates and they said it was all legal. Unfortunately I wasn’t able to keep the lion.

So after all that mess I went back to hunting around noon still shaking like a dog from the lion. I just kept recalling that lions hiss ten steps away it was like sneaking through the woods and stepping near a 120 pound rattlesnake. Anyways I shot up the mountain to one of my favorite spots and bam there was buck right when I got there.

I didn’t count points I just knew he was big enough and POW he was dead. This all happened at 130. I couldn’t figure out what the hell happened!!!! A lion tried to kill me 6 hours ago, now here I am sitting next to the nicest buck I’ve killed. I’m very thankful for November 5th, I’m also thankful for DOW Matt I didn’t get his last name, and most importantly to be alive and enjoy my family and friends and be able to share this story with them and you!!

All I can say is watch out, I thought I was the hunter and I was being hunted. I’ve never felt fear like a lion coming at me and killing it 8 steps away. She was aged at 4 or 5 years. My buck was 26” wide and 203 pounds dressed.

Dylan is obviously an experienced, competent hunter. The big cat was a 120 lb. female, a deadly threat. The videos that Dylan took at the scene make it clear what happened. A lion coming at you from less than 20 feet away isn’t a lion that’s content to avoid humans.