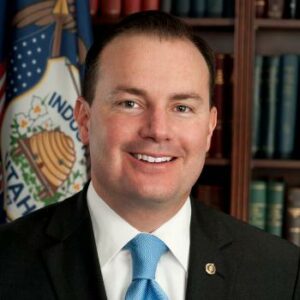 A group of 20 U.S. senators led by Mike Lee (R-Utah) have asked Attorney General Merrick Garland and acting ATF Director Marvin Richardson to turn over “all internal instructions, directives, or guidance” related to the regulation of “solvent traps” and “forced reset triggers” as “unregistered silencers and machine guns, respectively.”

“We write to express our grave concern over the Bureau of Alcohol, Tobacco, Firearms & Explosives’ (ATF) continued pattern of enforcing secret guidance. This secret guidance was brought to our attention by those who have received recent threatening letters where the ATF makes blanket threats based on the recipient allegedly purchasing and possessing various firearms accessories, none of which are illegal based on any statute or regulation,” a letter sent to the Department of Justice on Friday states.

The Republicans cited internal ATF technical bulletins first published by Gun Owners Foundation, a charity that promotes public education about the Second Amendment and gun ownership. A spokeswoman for ATF said these law enforcement bulletins are periodically issued to employees and to law enforcement partners…

The bulletins give guidance to ATF personnel on how to “differentiate so-called ‘solvent-traps’ from firearm silencers.” Another bulletin cited by the letter assists agents “with identifying certain machine gun conversion devices,” referring to forced reset triggers.

A solvent trap is a firearm barrel cleaning accessory, a (typically metal) cylinder that can be attached to a gun barrel and used to catch cleaning fluid poured through the firearm. ATF claims that these accessories “contain multiple design characteristics of firearm silencers” and can be used as such to muffle the sound of a fired weapon.

Forced reset triggers are devices that can increase the speed with which a shooter can fire a semi-automatic firearm. They cannot convert a semi-automatic weapon into a “machine gun.” The devices work by resetting the gun trigger after a shooter fires, pushing the trigger finger forward as the weapon readies to fire again.

According to the lawmakers, ATF has sent letters to gun owners in possession of these accessories, threatening them with “criminal prosecution” and possible jail time if they refuse to surrender their devices…

Aidan Johnston, the director of Federal Affairs for Gun Owners of America added, “The ATF will stop at nothing to criminalize gun owners and attack the Second Amendment. This time, their scheme is to criminalize solvent traps — tools that gun owners use while cleaning their firearms. By mislabeling solvent traps as silencers, the ATF makes it clear that they not only do not understand how firearms really work, but also that they are willing to turn law-abiding Americans into criminals overnight to push their anti-gun agenda.”